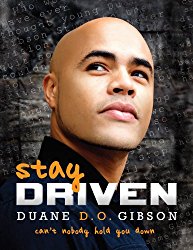 D.O. aka Defy the Odds is a rap artist who set a Guinness World Record for the longest freestyle ever, 8 hours and 45 seconds. He has released countless albums and dropped several music videos.

When I saw this book at the library, I thought it was worth the read. As I worked my way through it, it was obvious that it was written for teenagers who are looking for some motivation and inspiration. That makes sense since I found it in the teen section.

Here are a few of the takeaways I took from reading it.

D.O. tells the story of Biggie’s first album for Bad Boy. Apparently, Puff Daddy thought the album needed something else before he released it. It needed a single. So, he masterminded the idea of “Juicy” and asked Biggie to talk about making it big in rap. At the time. Biggie didn’t have all the riches he mentioned in this song. “It was all a dream” as he says in the lyrics. But it was a dream that came true. Puffy knew they needed a single. Biggie went along with it. And it was almost as if they visualized it into existence.

What a cool idea! D.O. also talks about how he would read the dictionary to help improve his vocabulary.

These people think they can coast on their talent and not try as hard as everyone else. The problem is, hard workers pass them by.”

D.O. admits that when he started rapping, he wasn’t very good. But he worked at it. There were rappers out at the time that were better than him, but very few of them achieved the success he did. It all came down to work ethic. And D.O. had that in droves.

Be Respectful of Women

D.O. tells a story in the book about losing a rap battle to a female MC. The match was very close and the judges wanted to hear two extra rounds to determine the winner. He could have torn her apart by saying some sexual rhymes, making fun of her weight, or he clothes. These are all fair when it comes to rap battles. However, he said, “It just didn’t feel right to insult her. It just wasn’t my style. I decided that when I wrote songs about women, I’d tell stories from my perspective.”

D.O. lost that battle, but he got invited to an after-party where he made a very important business contact. When he looked around the party, he noticed that the person who did go on to beat that female rapper, wasn’t in attendance. It turns out that he wasn’t invited, because the female host didn’t like this style. She liked D.O.’s though.

D.O. stayed positive and it opened all sorts of doors for him. He worked hard and achieved his dreams. That is something we can all learn from.