Star Trek / Planet of the Apes: The Primate Directive

Star Trek was a television series that ran for three season from from 1966 to 1969. The first Planet of the Apes movie was released in 1968. That is one of the reasons that a crossover event just makes sense. They are both great sci-fi franchises from the same era, and as a fan of both, I had to read this book.

It was really cool to see Captain Kirk and George Taylor interact on the page. The artists did a great job of capturing the likeness of William Shatner and Charlton Heston on the page and the writers made it seem real. 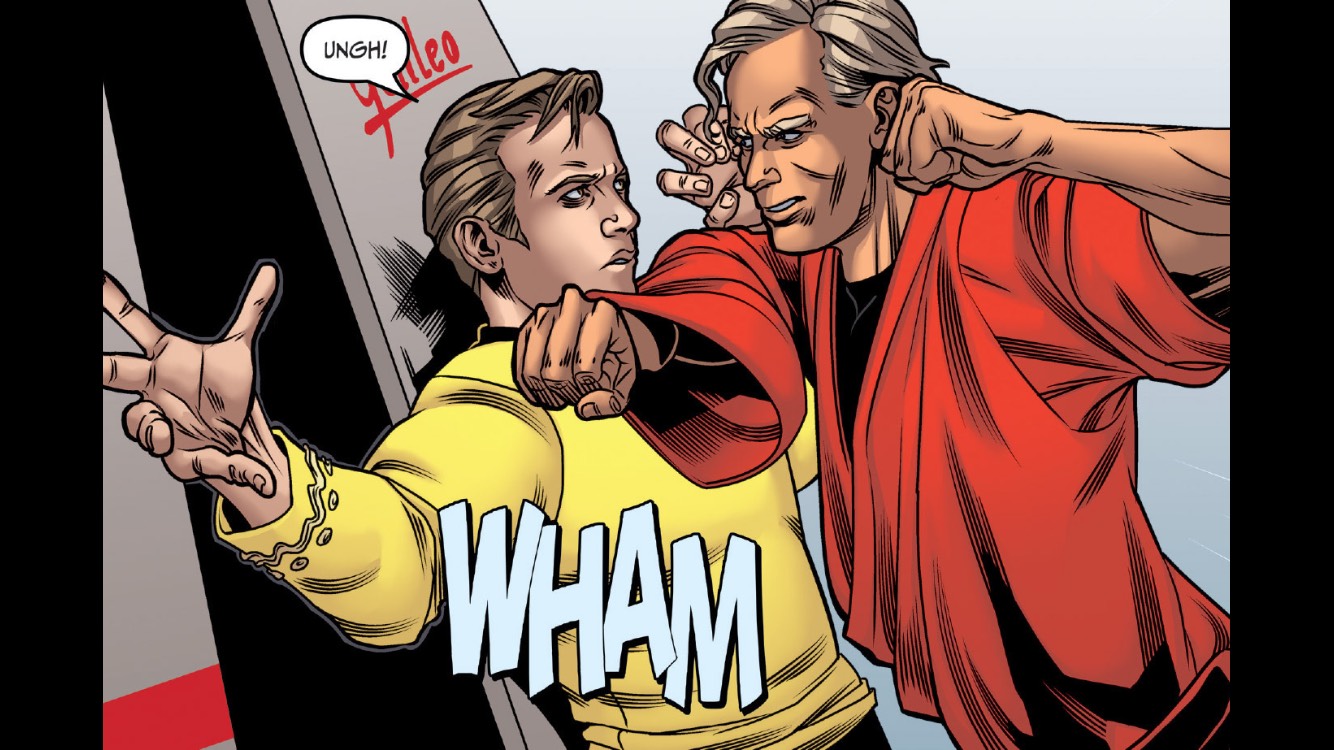 It plays a lot like an episode of the original series. We even get a glimpse of a regular Klingon adversary in it. The story pretty much starts where the Planet of the Apes movie ends. Taylor is on horseback with Nova and ready to start a new life away from the simian civilization. But when he meets the crew of the Enterprise, he has ideas on how he might be able to fix things and bring humanity back to what it once was.

This is where the Prime Directive comes in, Starfleet’s biggest law and moral obligation, which prevents anyone from interfering with the natural course of any alien civilization. I love the play on words for the title of this story too, The Primate Directive. Brilliant!

It turns out that the Planet of the Apes planet is not the Earth of the Star Trek universe but instead one in a parallel universe. Since the crew already had an experience in the mirror universe, this makes sense for the story. It also solves a few problems about mashing up both fictional worlds.

I really enjoyed this book, and I love that if left things open for a sequel. I would definitely read more stories like this one.