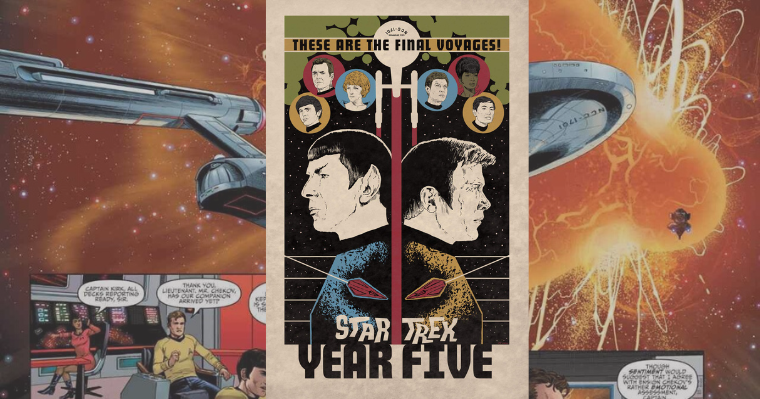 Star Trek is one of the most iconic television shows of all time. When it debuted in 1966 it changed the scope of popular culture and took science fiction to brand new frontiers. The show was intended to run for five years and detail the entire mission of its cast and crew. Unfortunately, it was cancelled after only three seasons.

I wrote about the Year Four comic book series a few years back. It was a great series and I am glad to see that it has been followed up with this final comic book season.

The creators took the time to get this right. The credits include a showrunner and a team of writers and artists. They were able to match the tone and style of the series perfectly. They bring back a few characters we saw in the first three seasons, and they even give us a glimpse of a species that was never actually show in the series.

The final three issues give us what would have been a great three-part series finale. The epilogue issue that follows wraps things up beautifully and fills in some of the gaps between the television series and the first movie.

This was a great read and I highly recommend it for any fan of the original series.

I Learned Something From a Comic (Again)