Two by Two by Nicholas Sparks

Russ is married to a beautiful woman and seemingly has it all. When the novel opens, he is retelling the story about the birth of their daughter. He admits that she came into the picture a little early in the marriage. And there are signs that things aren’t all roses at home now that she is six years old.

In fact, the marriage is in near shambles and it was tough to see him hanging on for dear life. His professional life also crashed and burned which prompted him to strike out on his own. When his business failed to take off, his wife decided to go back to work and leave him as the primary caregiver.

I don’t want to give much more of the story away. Seeing the relationship grow between a father who often worked too much, to one who spends quality time with his daughter was quite touching. I wasn’t sure what the title referred to until about half way through the book. I’ll let that surprise you as you read it.

There is a deeper meaning behind the title, that Russ narrates near the end of the book. He explains that he is a slightly different person with all of the people he holds close.

“With each of them, I was a different person. I was a brother and a father and a suitor, and I think to myself that these distinctions reflect one of life’s universal truths. At any given time, I am not the whole me: I am but a partial version of myself and each version is slightly different from the others. But each of these variations of me, I now believe, has always had someone by his side.”

Hopefully you can relate to the above thought. Life is better when you have someone to go through it with. And if you think about it, you probably have several someones.

Now go read Two by Two. It’s always great to have a book or two on the go as well.

You Reached Me (with two books) 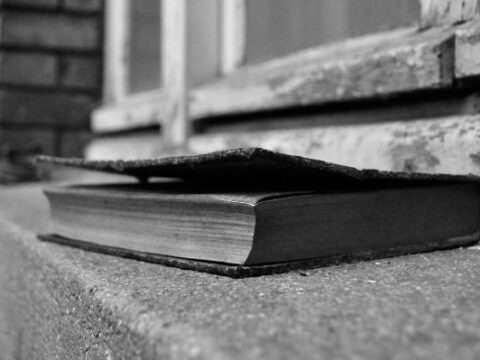