I went to Sifton Bog once before and only found a short boardwalk with no running trails on it. This week, however, I found that there is a second entrance to the bog with plenty of nature trails. 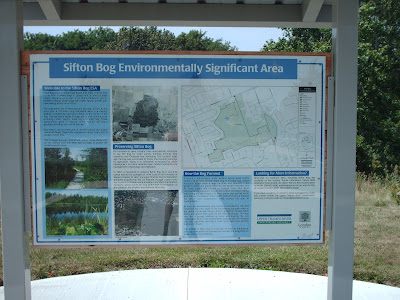 It’s a little difficult to see where the nature trail begins but behind this sign there is an alley. 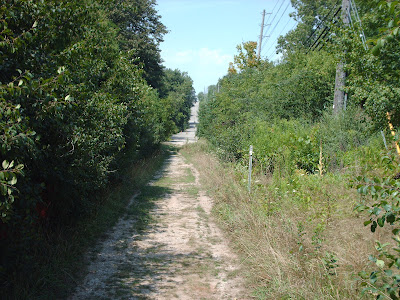 There is also a parking lot at the end of it, but I parked at a nearby soccer field park. 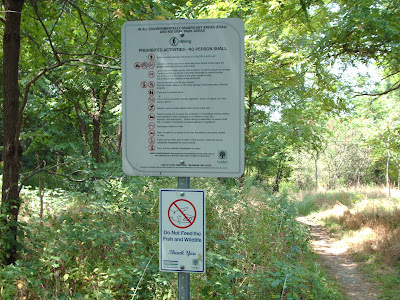 The entrance to the nature trail has the usual sign of warnings and conditions for trail use. 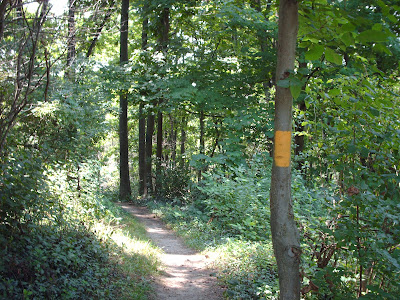 The trail is clearly marked and runs for about two and a half kilometers. 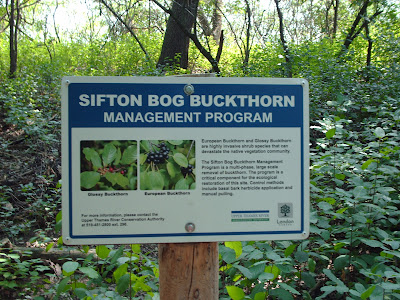 Here is some interesting information about the bog from Wikipedia.

The bog was previously used as a commercial source of sphagnum moss, an alternative to cotton gauze. It was mined during the First World War to support the war effort and the needs of local hospitals. The Alder Buckthorn, a plant native to the bog, was harvested and used during the Second World War to produce gunpowder. 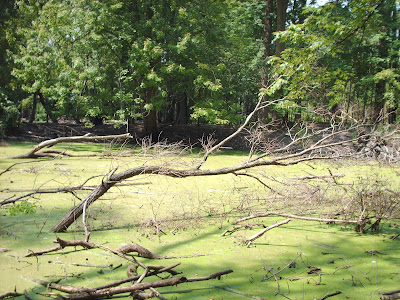 The Sifton Bog is one of the most southerly acidic bogs in Canada. It contains a number of rare species including four types of carnivorous plants. Among the latter are the sundews, Drosera intermedia, Drosera rotundifolia, and the purple pitcher plant. The central bog vegetation is dominated by Sphagnum and Chamaedaphne calyculata (leatherleaf), with a few short larches (Larix laricina) and black spruce (Picea mariana) 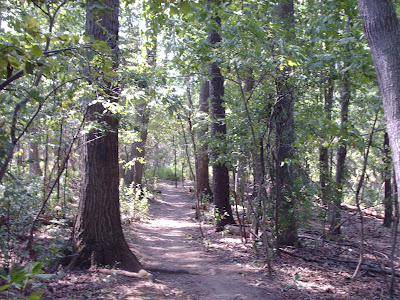 I ran the entire length of trail and kept following the side trails to adjacent neighbourhoods. All in all I ran just over 5 kilometers in total and it was a nice run with a few gentle hills.