I collect trails. I know that sounds weird but I don’t like running the same routes all the time. I want to find new trails to run, so whenever I find myself in a new city, if I have the time, I steal myself away for a trail run. 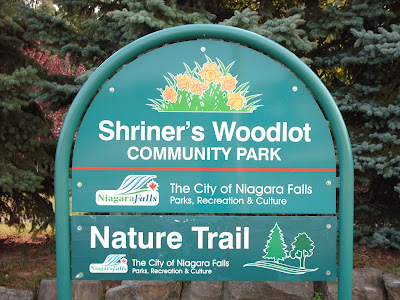 This weekend I was in Niagara Falls and I looked on a map and saw two trails fairly close together. Shriner’s Woodlot and Mount Carmel trail. It sounded delicious. 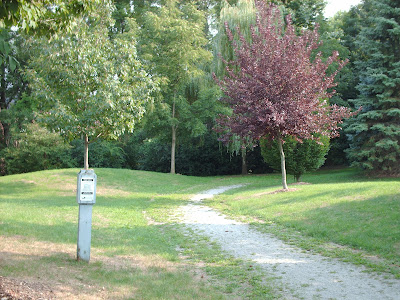 The trail started out promising enough. 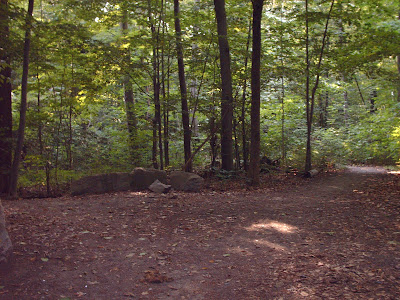 Inside the forest there were several offshoots to the main trail. 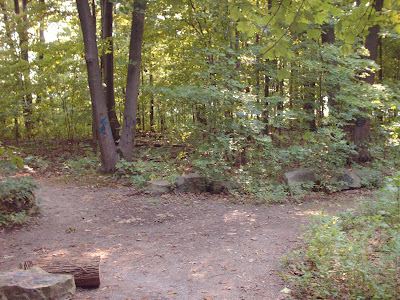 The entire trail consisted of two large ovals. And while the trail was nice. It was only about a kilometer long. I like to run for at least five. 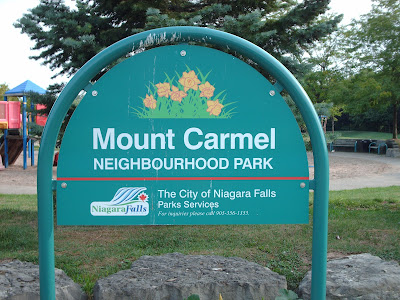 But as I drove to this spot, I passed Mount Carmel Park so I ran a block to see what the trail was like there. 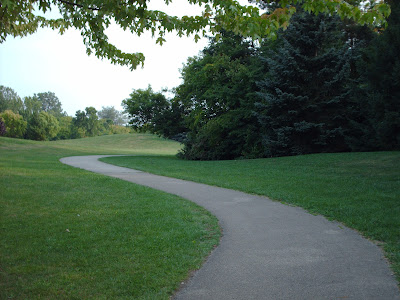 It’s a nice neighbourhood park with a playground, baseball diamond, lots of green space, and a paved trail. 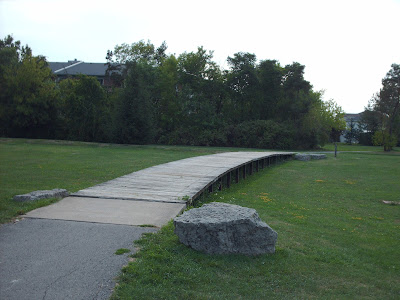 This bridge looked pretty cool but there wasn’t much more to the trail. I was hoping it would go back into the bush as well, but it didn’t. 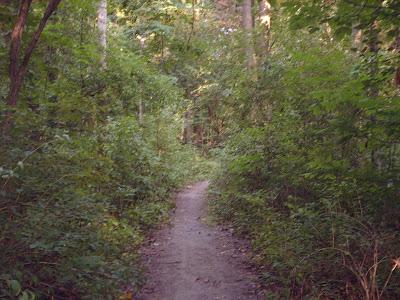 So I made my way back to The Shriner’s Woodlot and ran the trail again. I looped around the oval trails in a figure eight section and took the side trails to neighbouring suburbs.

All in all, I still got my five kilometers in. It wasn’t the best trail for a five kilometer run but it’s a nice on for anyone who’d just like a walk.