I love going to concerts, and this summer I got to see a lot of great performances. One artist really stuck with me well after her show ended though. 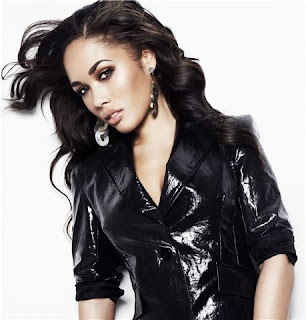 Her name was Kreesha Turner and she blew me away with her presence and stage show.

I had seen a music video from her a few weeks prior and didn’t think too much of it. It sounded like something I’d heard before. I compared her to Rihanna and I thought that Canada had just produced another pop-princess clone. Boy was I wrong.

Right from the start of her concert she commanded the crowd. I didn’t even know who she was. I was just hanging out and hoping I would find some cool band to watch that day.

She had a jazzy kind of sound and had three back up singers who sang and danced behind three microphone sounds. However, she didn’t ride musical styles of the past. She showed a very unique mix of pop, jazz, and R&B. It was simply captivating.

I went to the record store several times in the summer but couldn’t find her album. But I noticed her new single on the radio and immediately fell in love with it. “Don’t Call Me Baby” is a very catchy song.

I just bought her album from Itunes (I know what I said about that in previous posts but it was so worth it.) The album is amazing. It’s a great mix of genres and styles and shows the immense talent of Canada’s newest and brightest recording artist.

Go check her out. I don’t think you’ll be disappointed.

The Power of Perseverance