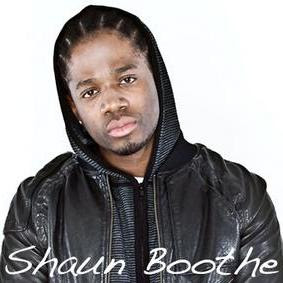 I caught up with Shaun Boothe at the 2010 Stylus DJ Awards this past Monday. You can download the interview for free, stream it with the player at the bottom of this post, or read the transcript. So without further ado, here is the Shaun Boothe Interview

Chase: “Alright everybody this is Chase March and I’m here with Shaun Boothe.”

Shaun Boothe: “Man, it’s a beautiful night here at the Stylus Awards, seeing so much talent in once place, and of course, the DJs facilitating all that talent and talent in their own right. It’s just beautiful to see it all come together. Shout out to all the organizers first and foremost for making this happen, being proactive, and doing this for the community and country. Definitely appreciate that.”

Chase: “Yeah, this is amazing. I’ve been able to talk to so many different people today. This is phenomenal that they’ve put this together and that we can show love to that element that started it all, the DJ.”

Shaun Boothe: “Yeah, most definitely, and if you’re an artist yourself and you’re not here, you’re sleeping right now because you’re never gonna get a chance to hit up all these DJs from across the country in one event, one venue, it’s beautiful.”

Chase: “It definitely is. I know we’ve been spinning your tracks for some time here at DOPEfm. Daddy J and Gamma Krush are big fans of you so it’s really cool to be able to sit down and talk with you here.”

Chase: “So, how do you go about your creative process? How do you write your songs?”

Shaun Boothe: “I usually just let the beat dictate it. I’m a producer myself but I also work with this real talented dude called Nineteen85, who has been producing the majority of my new stuff. It usually comes from the production or even just a sample that will spark something and the creativity just flows after that. I sit with it, try to figure out the flow, and just figure out what I want to say.

Lately I’ve been really focused on saying something and not just rapping for the sake of rapping. I feel like a lot of rappers are doing that and I just want to show people a little bit more of who I am.”

Chase: “Definitely. I’m a lyrical dude. I really focus on lyrics too when I listen to stuff. I like when rappers can actually say something.”

Shaun Boothe: “They had a Gangstarr tribute here tonight and Trixx said something that really struck a chord with me when he asked the crowd, ‘If you were to pass right now, would you be remembered in this way?’ and that’s a good thing to think about. Like, what is your legacy? That’s what I’m really trying to focus on because it’s easy to get hot for the moment but what is your legacy gonna be. So when I think of my creative process, I have that in the back of my mind. I want to know, if I’m gone tomorrow, what am I leaving behind? This led me to want to do something like the Unauthorized Biography Series for example.”

Chase: “Guru had something intangible. Can we really say, like how did he build that legacy?”

Shaun Boothe: “It’s good to have it in mind but you can’t be consumed by thought of your legacy when you’re just coming up. I’m definitely not trying to replicate his legacy but it’s about respecting the work you put out and making some timeless sh*t at the end of the day. Not just of the day kind of music, I’m really trying to focus on stuff that’s gonna stay around for more than just a couple of months.

In this day and age, with the blog world, it’s so easy to get into that disposable music but I’m really trying to create soul food instead of that fast food. That’s really what I’m about.”

Chase: “That’s awesome and something I think we all should focus on because a lot of artists can make something and throw it out there, but some of the best artists will make something and say, ‘That’s not good enough. I’m gonna sharpen that up. I can work on something for a year before I put out an album, make sure that there is no filler tracks on there and that it’s dope.’”

It ain’t even just about me. For example. the biography series, like I said. I want to introduce myself to a broader audience without being the typical, talking about myself, bragadocious rapper. I want to take the spotlight away from me and focus on people like Muhammad Ali, James Brown, Martin Luther King Jr., Jimmi Henricks, Bob Marley, and create bios on these people and put it to music and add visuals so I can try and celebrate their legacy. I can use my talent to do that. It’s not just about me at the end of the day, ya know? I think, in hip-hop, we’re just so self-absorbed that it’s a refreshing thing for someone to do that.”

Chase: “Yeah, definitely, me too. A lot of the DJs I’ve talked to tonight listen to everything. It’s good to be open-minded like that and to take those different influences and build on that inspiration. Pretty powerful because we have this rich history. Like you said, creating something timeless is what we should strive to do. We don’t want to create disposable music. We want to create something like Gangstarr that you can flip on and everybody is gonna sing along to. That’s what we’re trying to do. I think that’s what everyone here is trying to do.”

I don’t judge anybody. If you wanna be a ring tone rapper or you’re just trying to get paid, I’m not judging you. You’re not doing anything illegal by doing that, you’re not putting a gun to anyone’s head saying, ‘You have to buy my sh*t,’ but with me, I’m just kind of cut from a different cloth, that’s all.”

Chase: “Same here. We focus on the underground, raw hip-hop here on DOPEfm but there is that whole commercial side. Like the kids in my class who listen to stuff that I never would. But who are we to dump all over that? If people are being true to themselves and creating music and they’re feeling good about it, then it’s all good and we can appreciate those different styles even if it’s not our thing.”

Shaun Boothe: “Exactly. It’s freedom of choice. You just gravitate to whatever works for you, put that on your iPod and keep it moving.”

Chase: “Well, it’s been a pleasure talking with you.”

Shaun Boothe: “Yeah, and if you want to find out more about my stuff go to Shaun Boothe dot com and that will give you links to the YouTube Page or the MySpace so definitely look into that. Look into the Bio Series. Look out for the new single.

I’m gonna be on tour with Reflection Eternal STARTING TONIGHT. I did a song with Talib Kweli called Concepts that I released a few months back. I’m really excited to be sharing the stage with him. We’re going across Canada. We’ll be in London tonight and Toronto tomorrow. Go to the website, find out more, download it, it’s free. One love”

Chase: “I’ll be at the London show tonight, for sure. It’s gonna be a phenomenal show.”

Shaun Boothe: “I’m sure they’re gonna sell out. It’s been like ten years since the last album so it’s long overdue.”

Chase: “Yeah, and it’s a nice album. It’s definitely good to see them back together. Kweli is always good but together-”