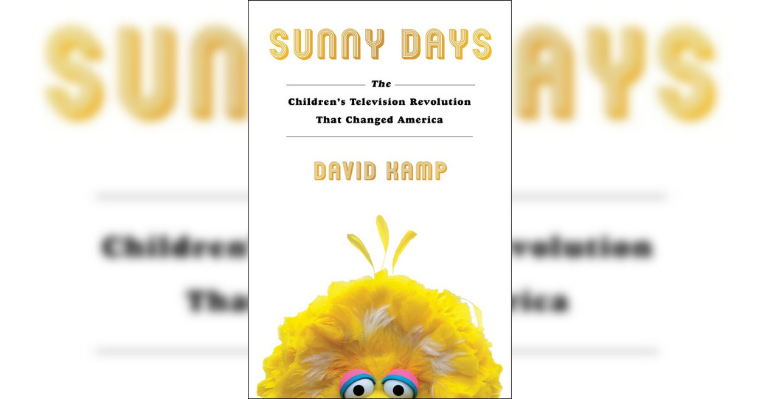 High quality television is something that I take for granted. How could I not? I grew up with programs that entertained and educated. My children have been able to watch some great shows while learning all sorts of useful things. Television wasn’t always such a welcoming place for children, however. There are now stations completely dedicated to the preschool audience, school-aged children, tweens, and teenagers. Most of this is because of the success of something called the Children’s Television Workshop.

Even though, Big Bird is on the cover, this history of children’s television is quite extensive. This book looks at the influence of CTW and Sesame Street but also explores Mr. Roger’s Neighborhood, Electric Company, Captain Kangaroo, School House Rock, and more.

It would have been nice for Kamp to expand beyond the United States of America. Canada had some great educational programming that easily would have fit into the narrative. The Friendly Giant, Polka Dot Door, and Mr. Dressup are just a few great shows that come to mind.

It was fascinating to read how much work went into Sesame Street before it hit the air. It was also eye-opening to see that there were federal funds available to get these programs running. In the closing credits of movies, we often see states and provinces that assisted financially to make the films. Often, these are huge blockbusters and I’m left puzzled as to why they needed the assistance in the first place. Imagine the good that could be done is some of that money still went to educating our youth.

This was a great read that gave us a peak into how children’s programming came to be, how we got educational programs that are relatively free of advertising, and how programs were able to build upon the successes of what came before.