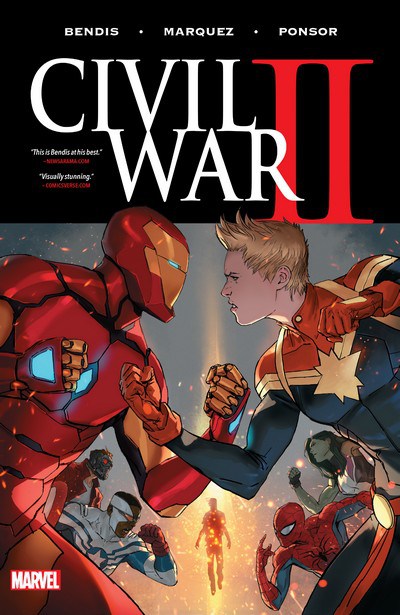 In the first super-hero civil war, Iron-Man and Captain America couldn’t see eye to eye. The stakes were high and there was no way around it. A clear line was drawn and it left people on opposing sides with no other choice but to fight.

Tony Stark, aka  Iron Man, was hoping that nothing would divide the super-hero community like that again. But a new inhuman with the power to see the future now upsets the balance. Captain Marvel wants to use him to prevent disasters from happening. Stark sees it as profiling and believes it is a wrong. Plus, can the visions even be trusted.

This was a good read that had tie-ins to almost all of the current Marvel titles. The new Spider-Man has a pivot role in this conflict as well. Also, Ms Marvel (one of my new-favourite heroes) and Old-Man Logan make appearances.