The Sculptor by Scott McCloud

Scott McCloud wrote an incredible book called Understanding Comics that I highly recommend reading. Even if you are only a cursory fan of the medium, you will get something out of this book. I read it well before I started blogging about every book I read. I will have to try and write a post about it soon. It is that good.

So, when I saw this work of fiction from him, I knew I had to read it. It was a great read and it had me a running a gamut of emotions. At one point, I got angry at it, then I was sad that I was almost getting to the end of it, and after that got really bummed out. It was poignant and McCloud really took me on a journey. No wonder, Neil Gaiman is quoted on the cover saying, “The best graphic novel I’ve read in years.”

The story revolves around David Smith, an artist who feels that he hasn’t done much with his life. He has no family to speak of as they had all passed away. One his birthday, he is celebrating by himself at a small diner when his uncle happens to walk in. They sit together and have a nice conversation. After a while, he suddenly remembers that his uncle died.

It turns out that he has been talking to Death himself. He offers David a gift, the ability to create anything he wants with his bare hands. The price is that he will only have 200 days left to live if he decides to go for it. He lives for his art and really sees no downside, so he agrees.

Things don’t quite turn out the way he expects, however. Who knew that making a deal with death might not be the easiest thing in the world? The cool thing is all the discussions he gets to have with his uncle, who’s not really his uncle but has his memories and is easy for him to talk to.

Here’s a great scene about why they can’t break the rules. 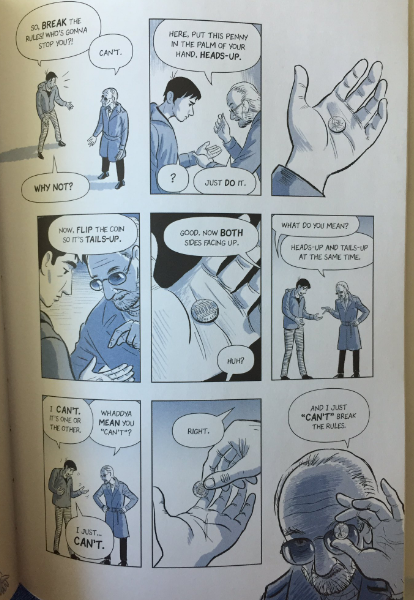 This was a heavy read at times and will definitely make you feel a few different emotions. But it is also a great look at art itself and the cost we pay to create it.

From the Graphic Novel Aisle 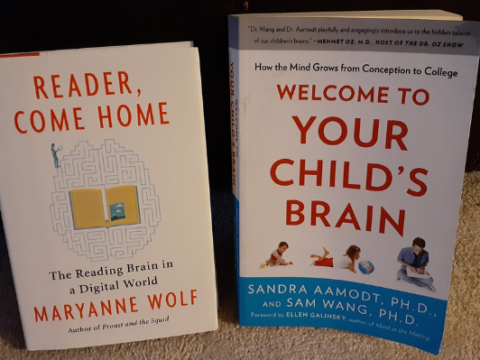 Reading in a Digital World with My Brain