My wife bought me Super Scrabble for Christmas and I not exactly sure why. I mean, obviously I love Scrabble and have a collection of different types of the board game, but she isn’t too keen on playing any of them with me.

Maybe I can get a little competitive while playing. Maybe I get obsessed with spelling words that rack up a large amount of points. Maybe I don’t like losing. That’s how she feels, anyway.

So, how would we play a game that has twice as many tiles as the original with an even bigger board?

Last week, I had the perfect solution. I opened up the, as-of-yet, unused game and set it up on a table in the basement.

My idea was that we could each find the time to play one word a day. This way, we wouldn’t have to sit at a table playing for over an hour.

If you look closely, you can see this board has the traditional board in the middle. It is slightly darker than the additional three rows all along the perimeter 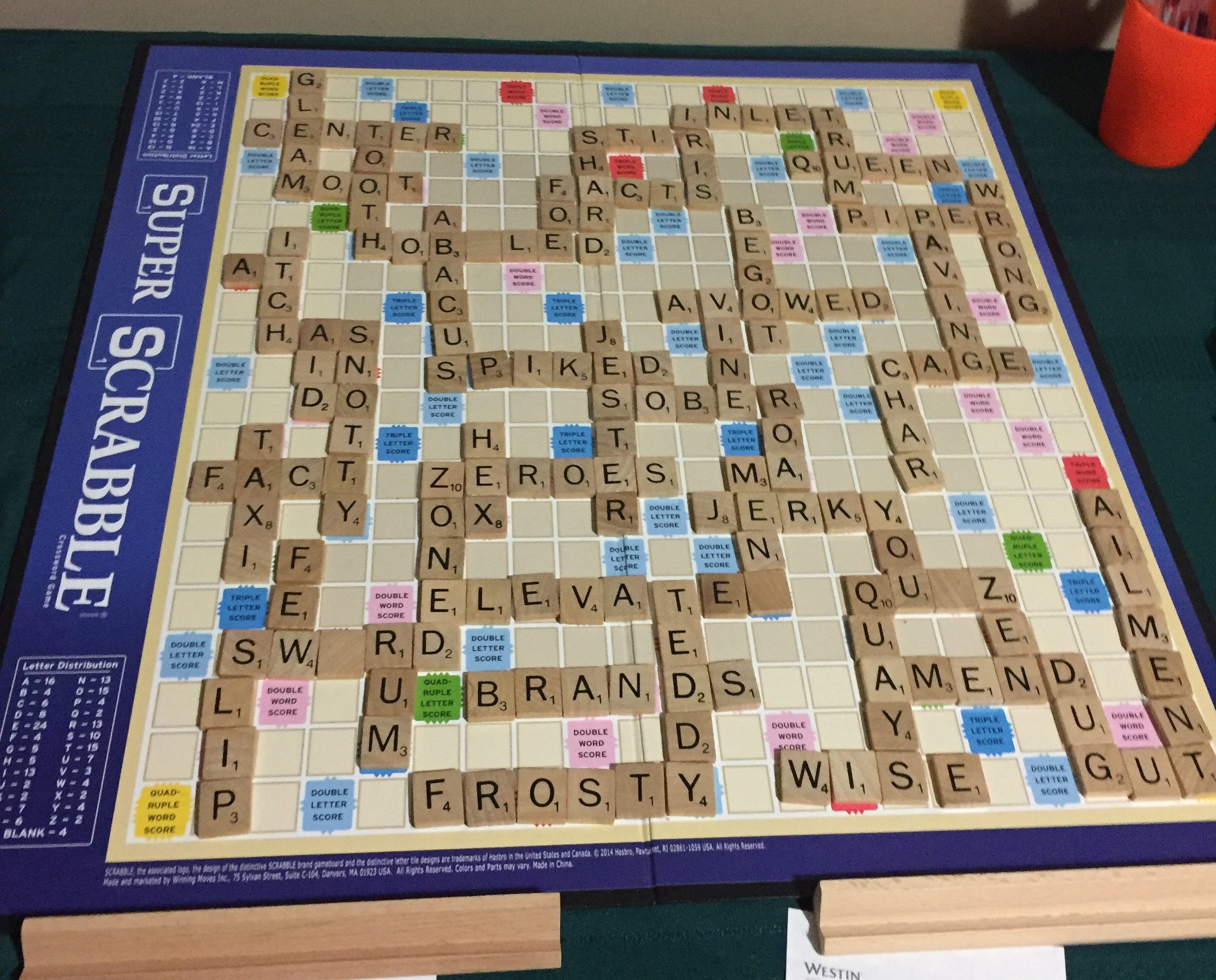 Here is what the board looked like after our first game. We are already playing a second one. My wife told me that she much prefers playing this way.

One other thing that we did differently was to use 9 tiles instead of the traditional 7. The Star Trek version of the game has that as an option in the rules and it is a great way to play. It opens up so many more possibilities.