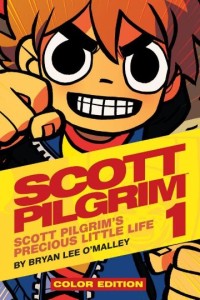 I saw the film, Scott Pilgrim vs The World a few years back and I was impressed with the quirky writing, hilarious scenes, and original story. I knew that it was based on a book but I knew nothing about the print version of it whatsoever.

I saw this book in the library last week and decided to pick it up. After reading it, I must say that the movie stays true to the source material. I haven’t read the entire story though, it continues on in a few separate graphic novels, but so far everything that has happened on the page, pretty much happened in the film too.

Reading the afterward was especially enlightening. I knew the story was uniquely Canadian but I didn’t know of the London, Ontario connection. 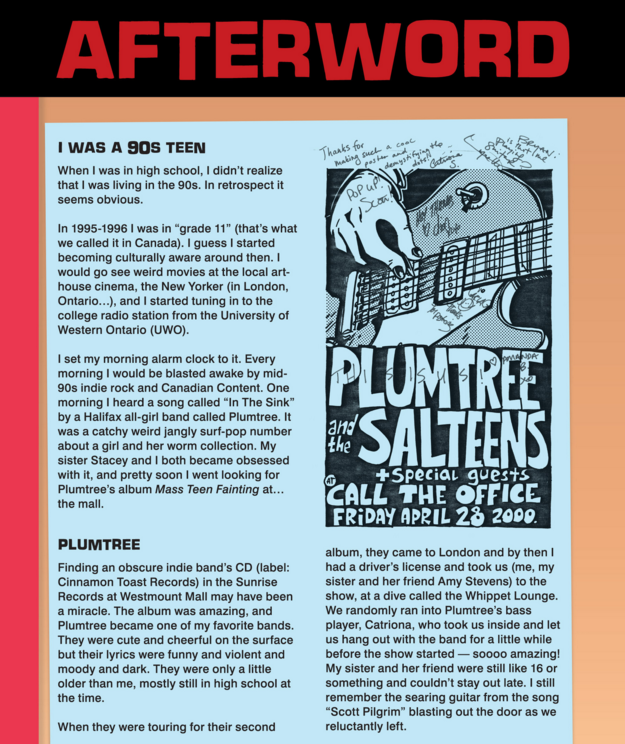 My radio show, Word is Bond, is on the very same station the author mentions in the afterward. I’ve been to concerts at Call the Office, a local venue. And I have shopped at Sunrise Records in Westmount Mall.

It was cool to see that Bryan Lee O’Malley was inspired to write this story from his time spent in London, Ontario.

This story was told so well on the screen that I can honestly say that the film version is better than the book. It’s hard to say that about any movie. In fact, I have only had one other film, in my opinion, that surpasses the book. Ironically, it was a comic as well. I am talking about V for Vendetta.

The afterward is fairly long. It includes character sketches and information about how each character came to be. It shows how the author used real locations and photos to draw the scenes. It even includes the original pitch he made to get the series green lit. It is a nice window into the entire creative process.

I think you should check out both the film and print versions and get to know Scott Pilgrim. You won’t be disappointed.