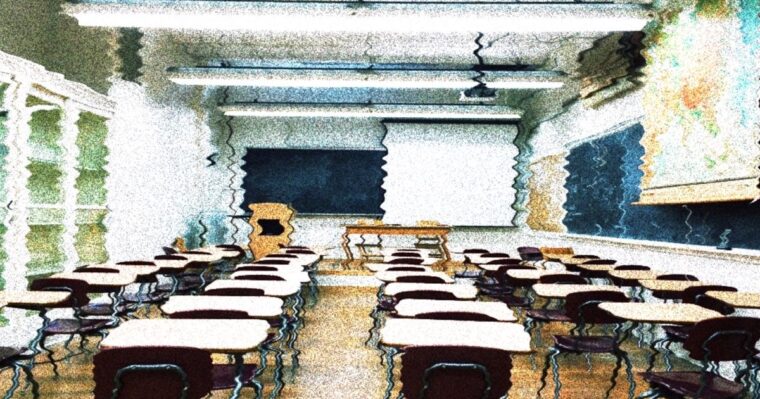 I recently read a book entitled Normal Sucks by Jonathan Mooney where he offers a harsh critique of the public school system. He says outright that school is toxic. That might sound alarmist and unrealistic and there is a lot to unpack in what he writes. Let’s do that, shall we?

The author shares a note that he received from a student in elementary school.

Mooney vents his frustration in response.

“How the hell do we still have a world where a kid like Elliot, who clearly has so much good in him, feels like human garbage.”

That exchange is very powerful. We need to look at how school has taken a bright, young boy, and shown him that learning is something he never wants to do ever again.

I know students who do the bare minimum to get by. These students are able to pass through school with very little learning happening. They aren’t inspired by their work or see any point to it. Is this the way we want school to function?

Another problem with the way school works is the need for things to be done in a specific time.

“Often in school, how well you know something is secondary to how fast you know it. There is no justification for this. We should not be educating a generation of Jeopardy! contestants.”

The way school operates is based on increments of time. Periods are a specific length and when the bell rings, everyone needs to drop what they are doing and move on. Even worse, teachers write expectations for that period of time and it is assumed that all students will have learned a particular set of skills by the time the lesson has concluded.

It is also common now to have a series of disabilities when it comes to learning in school. Mooney sees things a little differently.

“I want you to know that I did not and do not have a disability, as it is common to say, but experiences disability in environments that could not accommodate and embrace my differences. What disabled me was the way my differences were treated in an environment that was hostile to some bodies and brains and not to others. Ability, disability, and abnormality are not facts in the world but social constructs as a society.”

Mooney writes, “School sucks if you are different and that’s not your problem. It’s theirs.”

This may be true but I don’t have any confidence in the public education system working to fix this issue. So, I strongly suggest that if school sucks, stop going. You can be educated anywhere and don’t have to rely on the public school system. It is legal to get an education elsewhere. You can be homeschooled or enrolled in a private school. I think we need to work to make homeschooling more accepted and the default method of educating our youth. School is toxic. It is time to abandon it!

Tap Into Your Students’ Passions and Build New Approaches