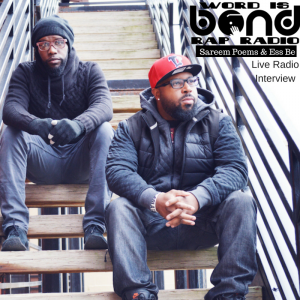 It was a honour being able to chat with him this week live on the radio. We have world premiere joints from his forthcoming album “Mind Over Matter” produced entirely by Ess Be. And we have a great discussion about hip-hop, youth outreach work, and much more.

Press play, download it and take it with you, and bump this loud. Enjoy!