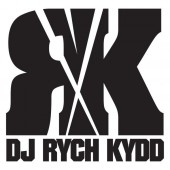 Chase: “We’re on the red carpet at the 2011 Stylus Awards with Rych Kydd. You’ve got a trophy in your hands.”

Chase: “How’s that feel? That was handed out last night?”

Rych Kydd: “Yeah, at the pre-nominee party. It feels amazing. A lot of hard work, a lot of effort, long nights, early mornings, all paid off. It’s good to be recognized by your peers.”

Chase: “What kind of gear are you using?”

Chase: “Nice! That’s really cool to see a traditionalist here. How do you get your vinyl? Are you a big digger too?”

Rych Kydd: “Of course. I go to see Eugene every two weeks to see what’s going on at Play De Record. If I go somewhere else and they have record stores, I shop around. But Play De Record is my number one place.”

Chase: “Are you excited about seeing anyone in particular tonight?”

Rych Kydd: “Yeah. I’m excited about seeing JD Era, A-game, all my other peers that are nominated. All love. All love.”

Chase: “It definitely is cool to see something like this where we celebrate the DJ and show them some love. They are the foundation of hip-hop. It all started with the DJ.”

Chase: “All right. Well, congratulations on your award. Thanks for talking with us.”

Hip Hop at the Crossroads