The Thames Valley Parkway in London, Ontario is an excellent paved trail that runs for over 40 kilometers.

Today, I laced up my shoes, grabbed my camera, and went for a run along five kilometers of it. I started at Ivy Park in the downtown core and ran alongside the Thames River. 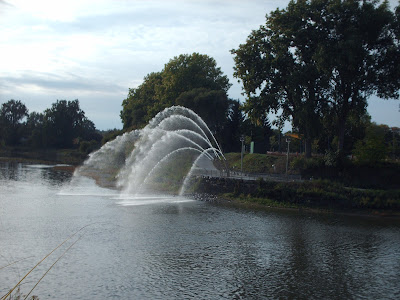 The Walter J. Blackburn Memorial Fountain is comprised of one large jet and six smaller jets that frame the downtown when viewed from the west. Water for the fountain is drawn from the Thames River into a concrete pump chamber, buried below grade on the shoreline, and is then propelled through one of seven stainless steel jets some 30 meters into the air towards the south shoreline. The fountain is equipped with a wind sensor which dials back or shuts off the flow of water if either the wind direction or wind velocity causes an on-shore spray. At night the fountain is fully lit and provides an amazing feature that can be viewed from many different vantage points in and around the Downtown.

The fountain runs daily between 7 a.m. and 11p.m. with the small jets constantly running and the large jet engaging for 5 minutes every 15 minutes. The fountain has been designed to run year round. The result is an impressive addition to London’s landscape, which enhances our park system and our downtown atmosphere 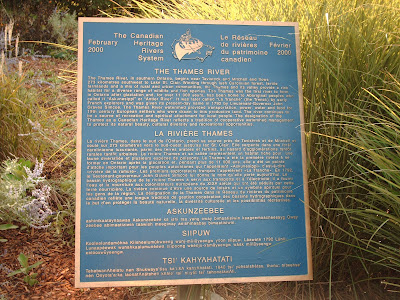 The Thames River, in southern Ontario, begins near Tavistock and Mitchell and flows 273 kilometres southwest to Lake St. Clair. Winding through lush Carolinian forest, fertile farmlands and a mix of rural and urban communities, the Thames and its valley provide a rich habitat for a diverse range of wildlife and fish species. The thames was the first river to form in Ontario after glaciation and, for over 11 000 years, has been home to Aboriginal peoples who called it “Askunesippi” or “Antler River”. It was later called “La Tranche” (the Trench) by early French explorers and was given its present-day name in 1792 by Lieutenant-Govenor John Graves Simcoe. The Thames River watershed provided transportation, power, water and food for 19th century European settlers who were drawn to this productive land. The river continues to be a sources of recreation and spiritual attachment for local people. The designation of the Thames as a Canadian Heritage River reflects a tradition of cooperative watershed management to protect its natural beauty, cultural diversity and recreational opportunities. 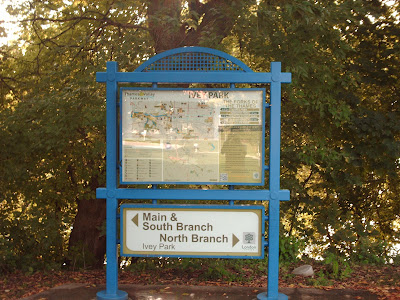 There are quite a few different branches of this trail. I took the main branch at first and headed left at this sign. 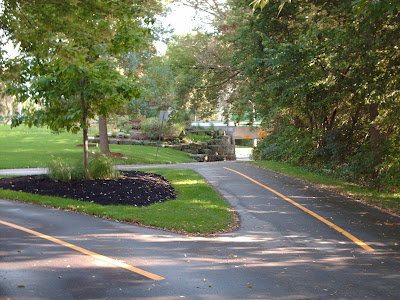 The trail is marked with yellow lines so that it can be shared easily. I stayed to the right and was passed by people on bicycles several times. 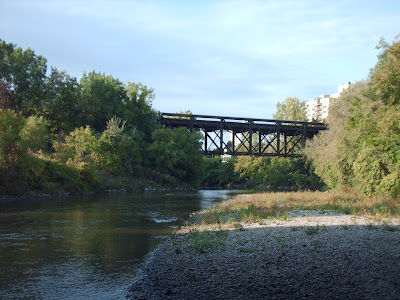 I made my way down to the shore for this shot. 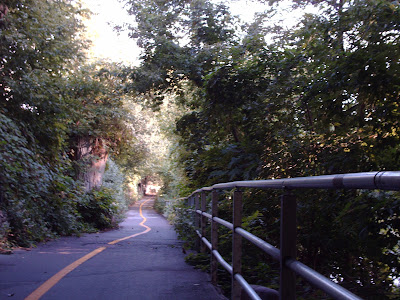 I ran all the way to the main street and turned around to explore the North Branch of the trail. 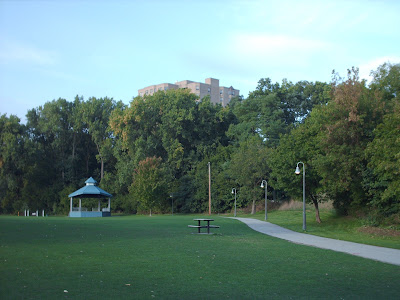 This portion of the park hosts concerts from time to time. I haven’t been to one yet but I should make it a point to one day. It’s really nice here along the waterfront. 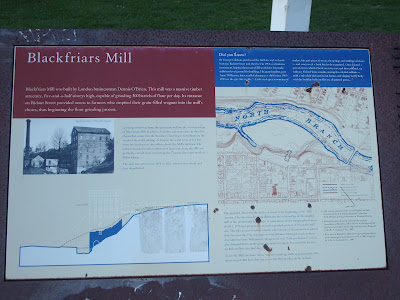 That was a nice run today. Thanks for joining me!

A Run Through Southcrest Ravine

A Photographic Tour of Pinafore Park 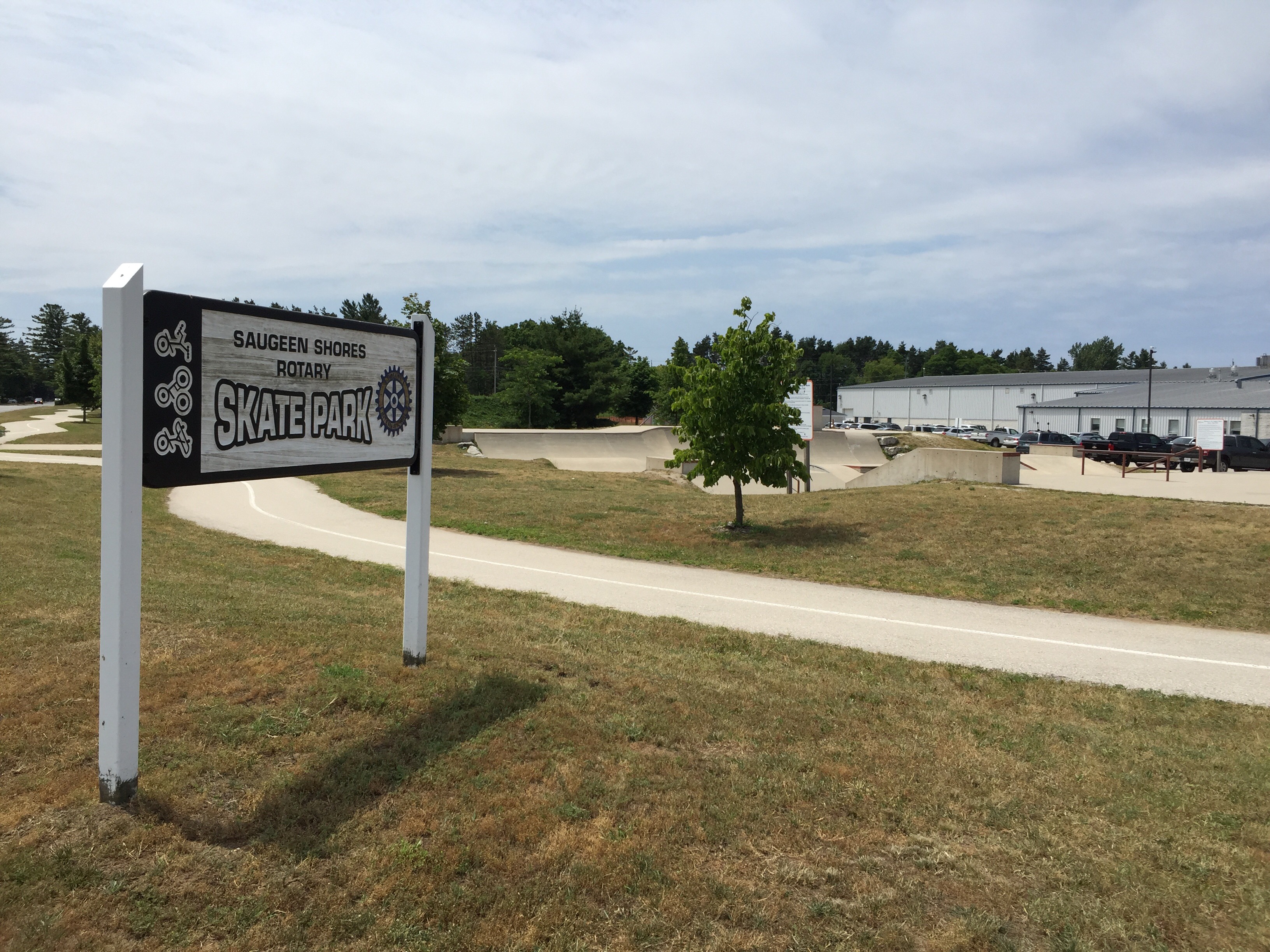