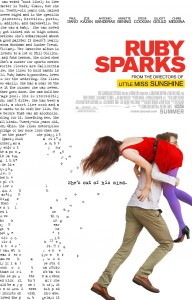 I love the public library. I end up reading books and watching movies that I normally wouldn’t have come across.

I wasn’t sure what to expect when I signed this one out.  The back of the DVD said that it was about a writer  who falls in love with one of his characters. The character then materializes in his life. 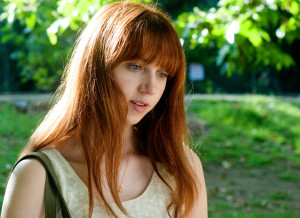 Zoe Kazan was absolutely perfect as Ruby Sparks. And I fell in love with her just as much as her author / creator did.

The story was magical, touching, romantic, and at times awkward. I was so captivated by it that I sat through as all the credits rolled. I immediately watched all of the bonus features as well.

Shockingly, the two leads in the film were a real-life couple. The film was directed by a couple as well. And the actress who played title character wrote the screenplay.

I don’t want to say anything else about this film. You should go into it knowing as little as I did. I think it will blow you away too.

This movie is absolutely perfect, and you know I don’t say that very often.

Stop the Back to School Madness!