It’s time for another skatepark tour. 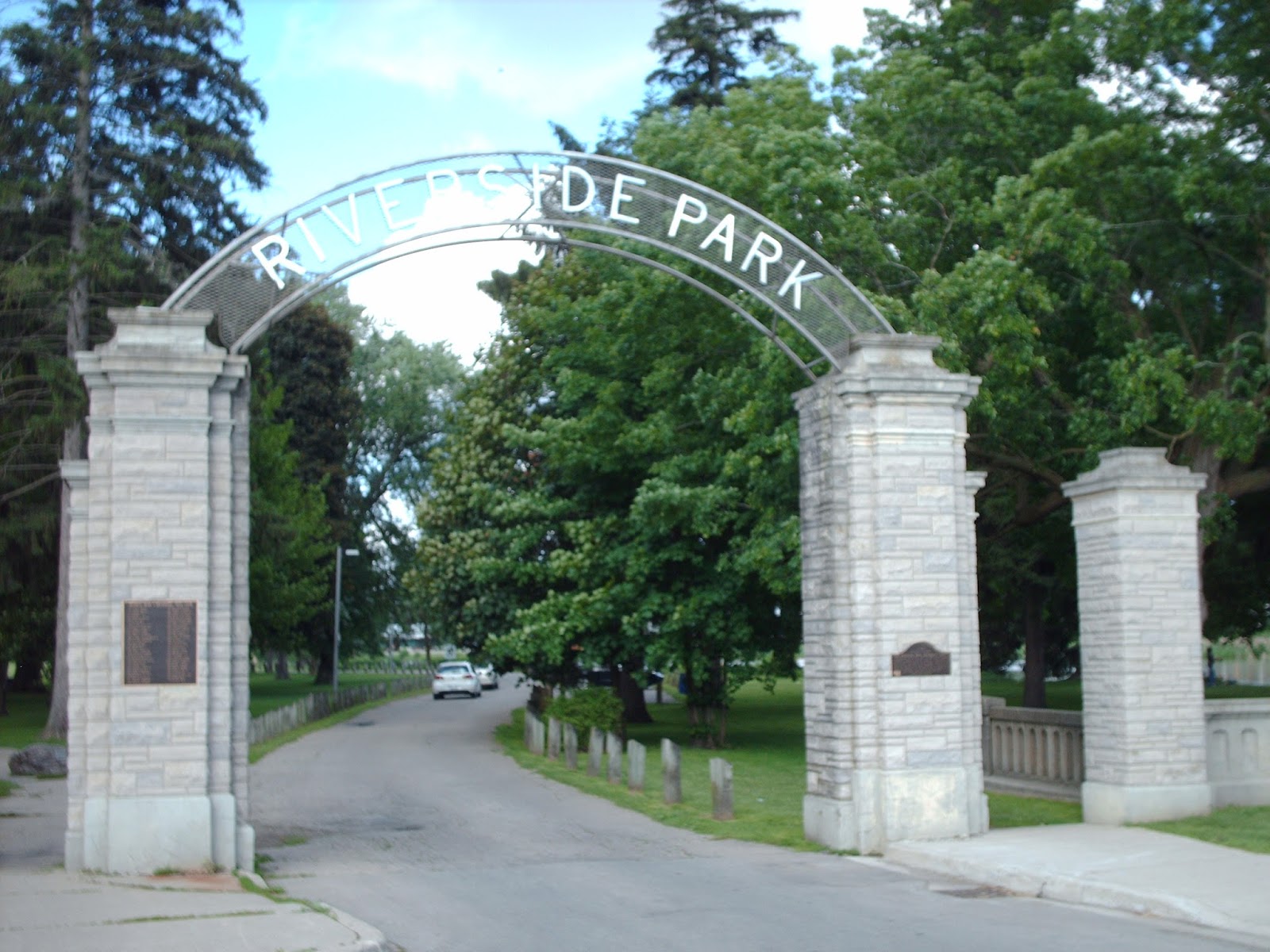 Today, we are visiting Riverside Rails in Cambridge, Ontario. 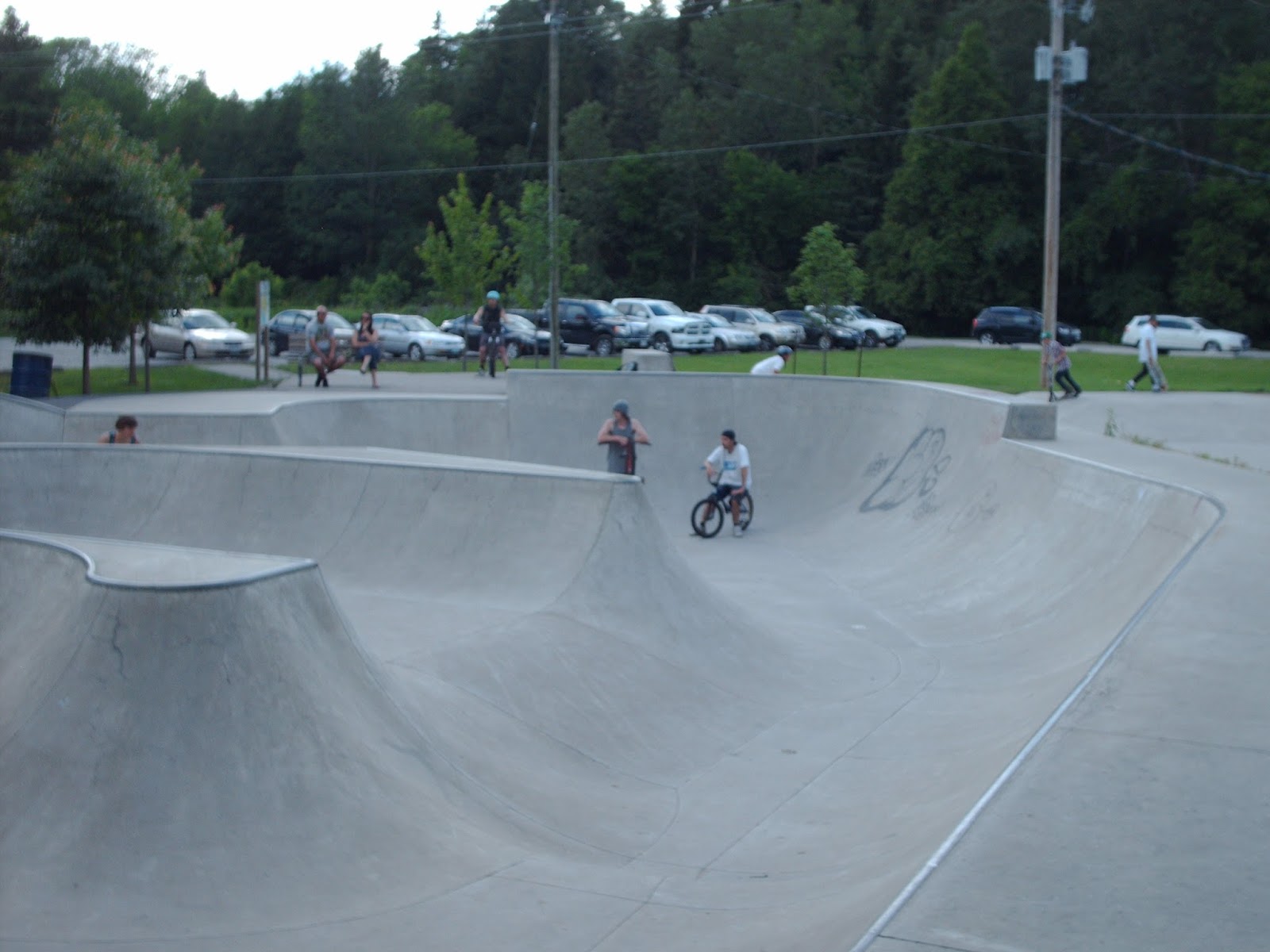 There is a really nice bowl course that was opened in 2007. 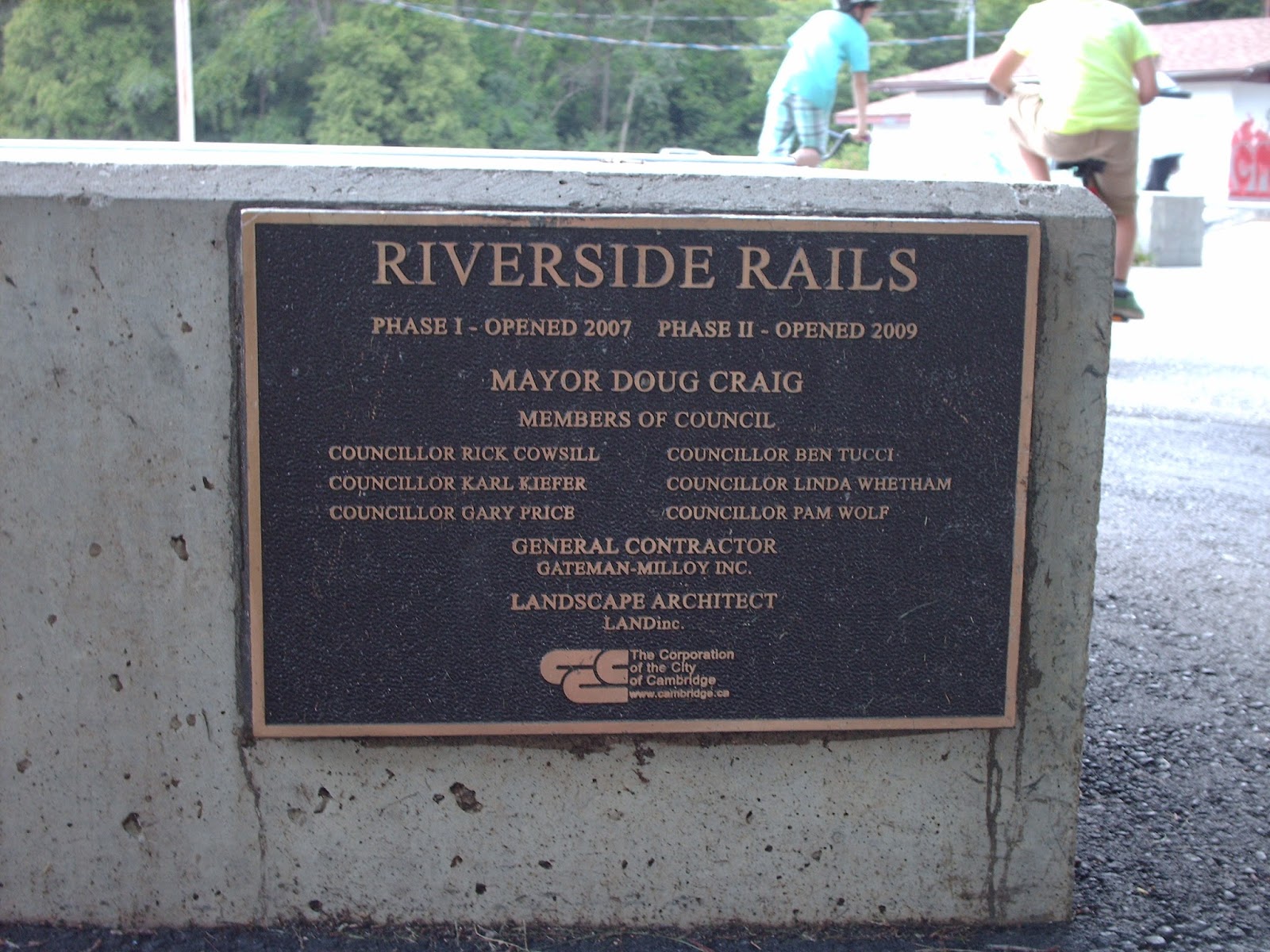 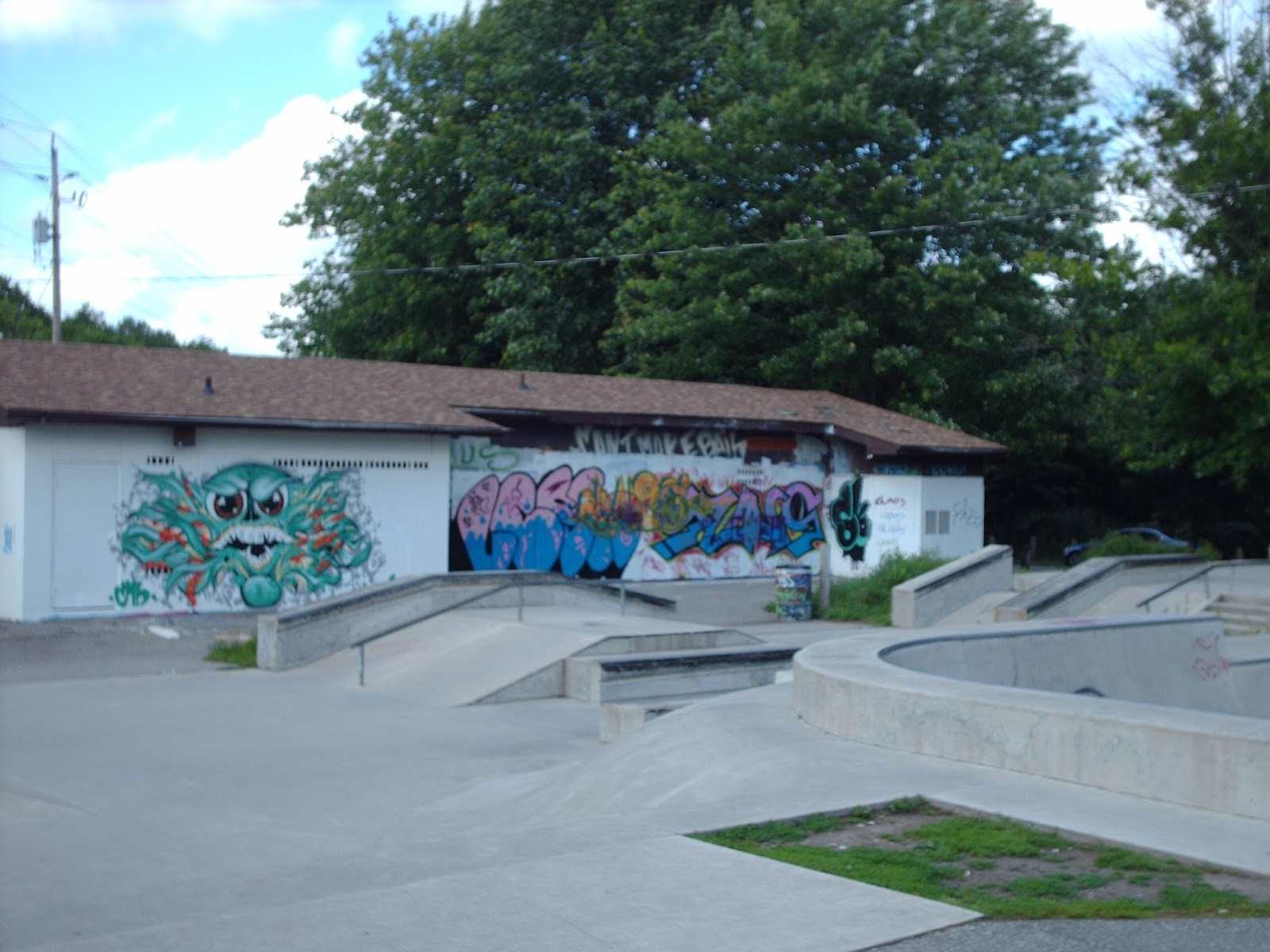 It’s nicely laid out for single runs with plenty of obstacles, rails, and even a set of stairs to jump. 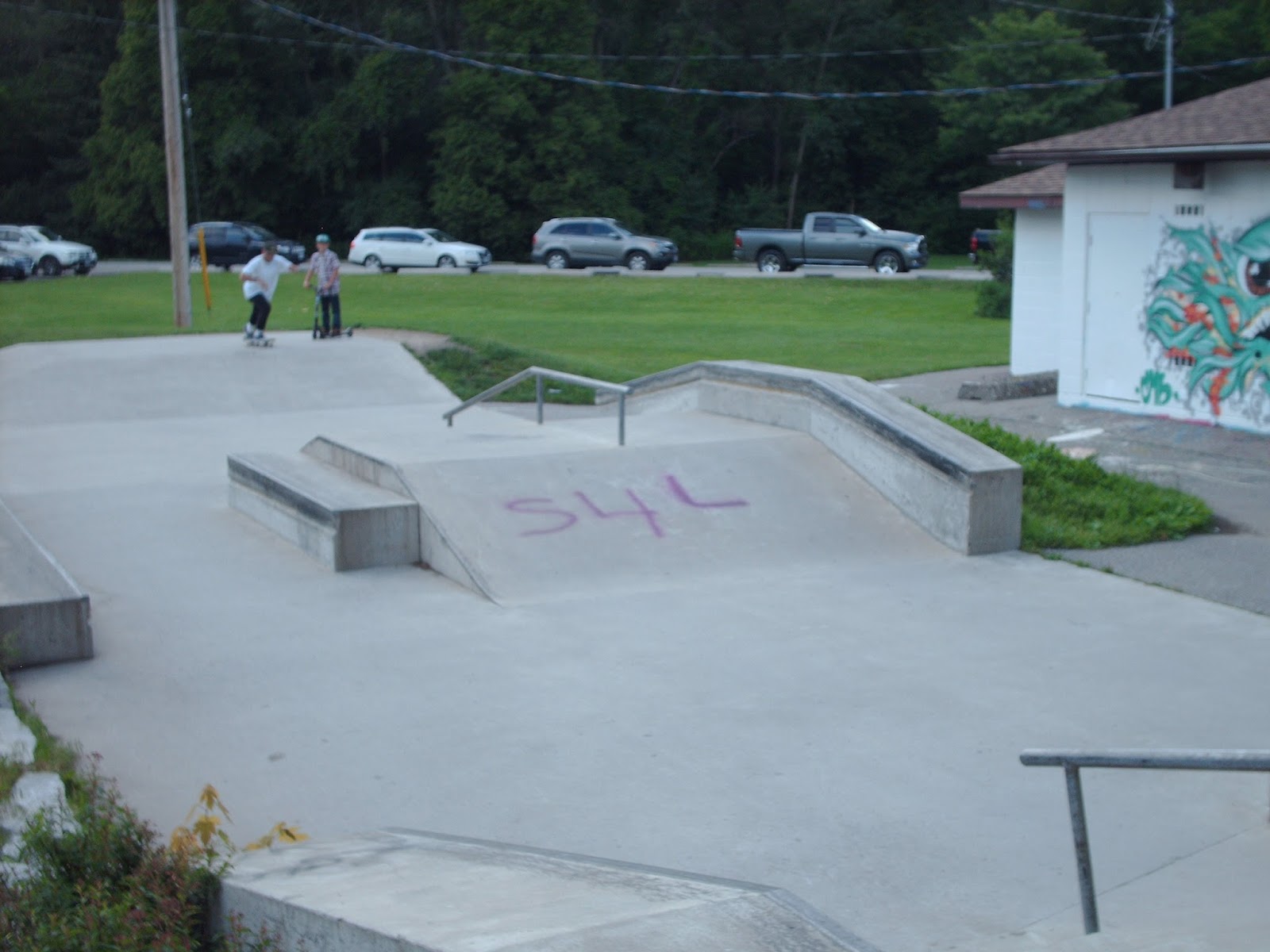 The rail in the centre here is a nice touch. 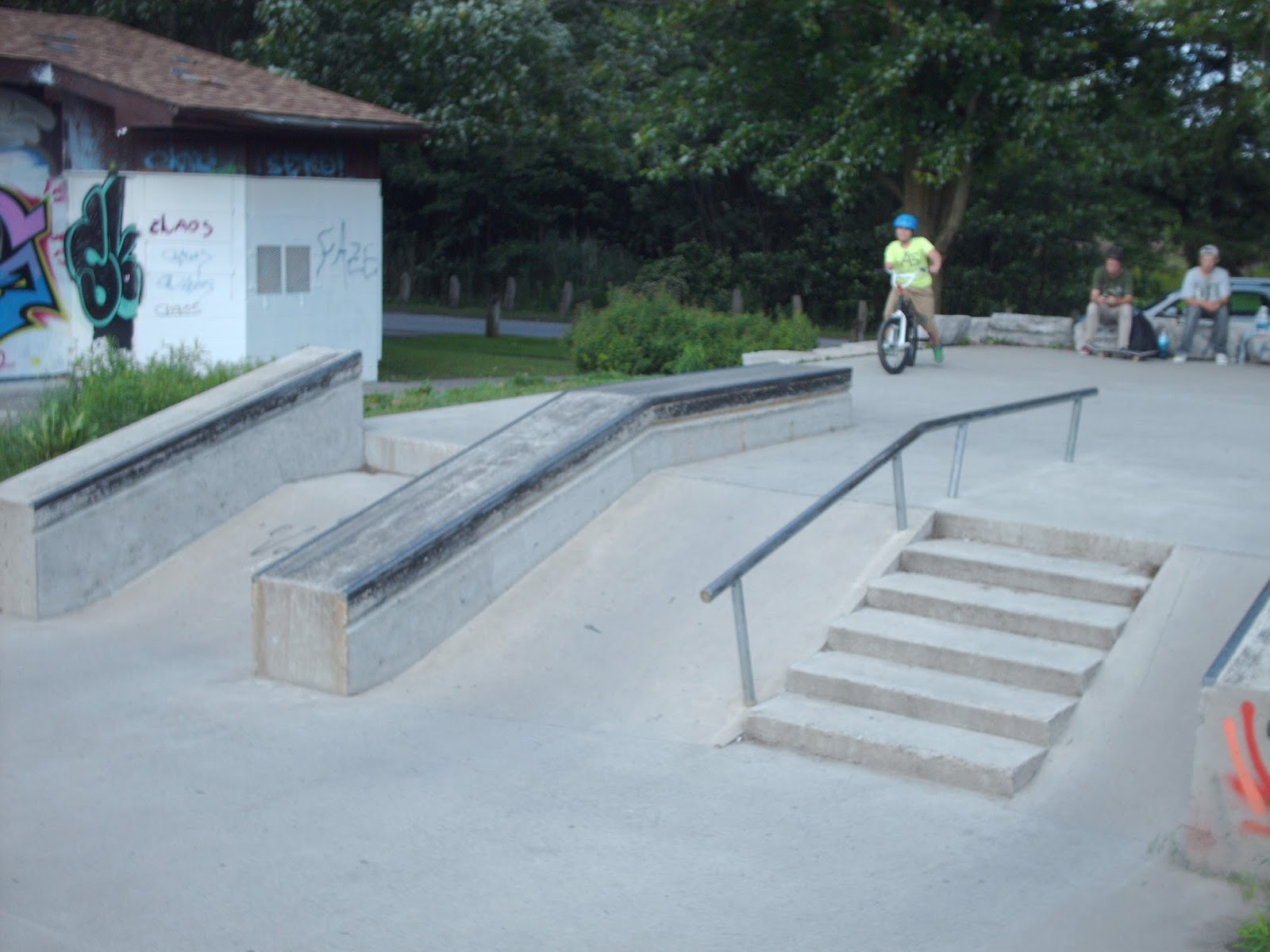 I much prefer the bowl and this park doesn’t let me down. 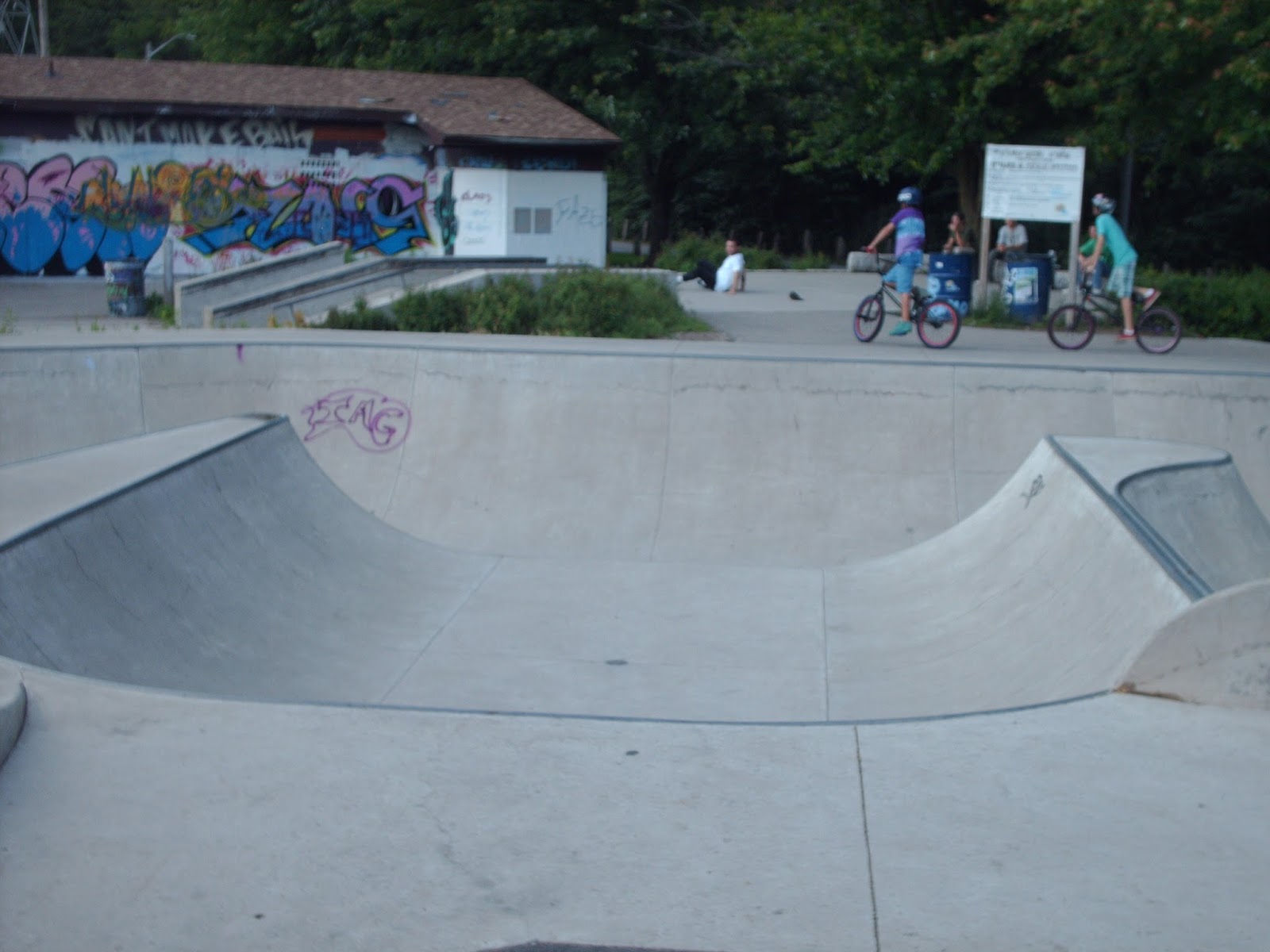 I much prefer to skate half-pipes and was really excited to see that they included this mini-ramp in the design of the park. 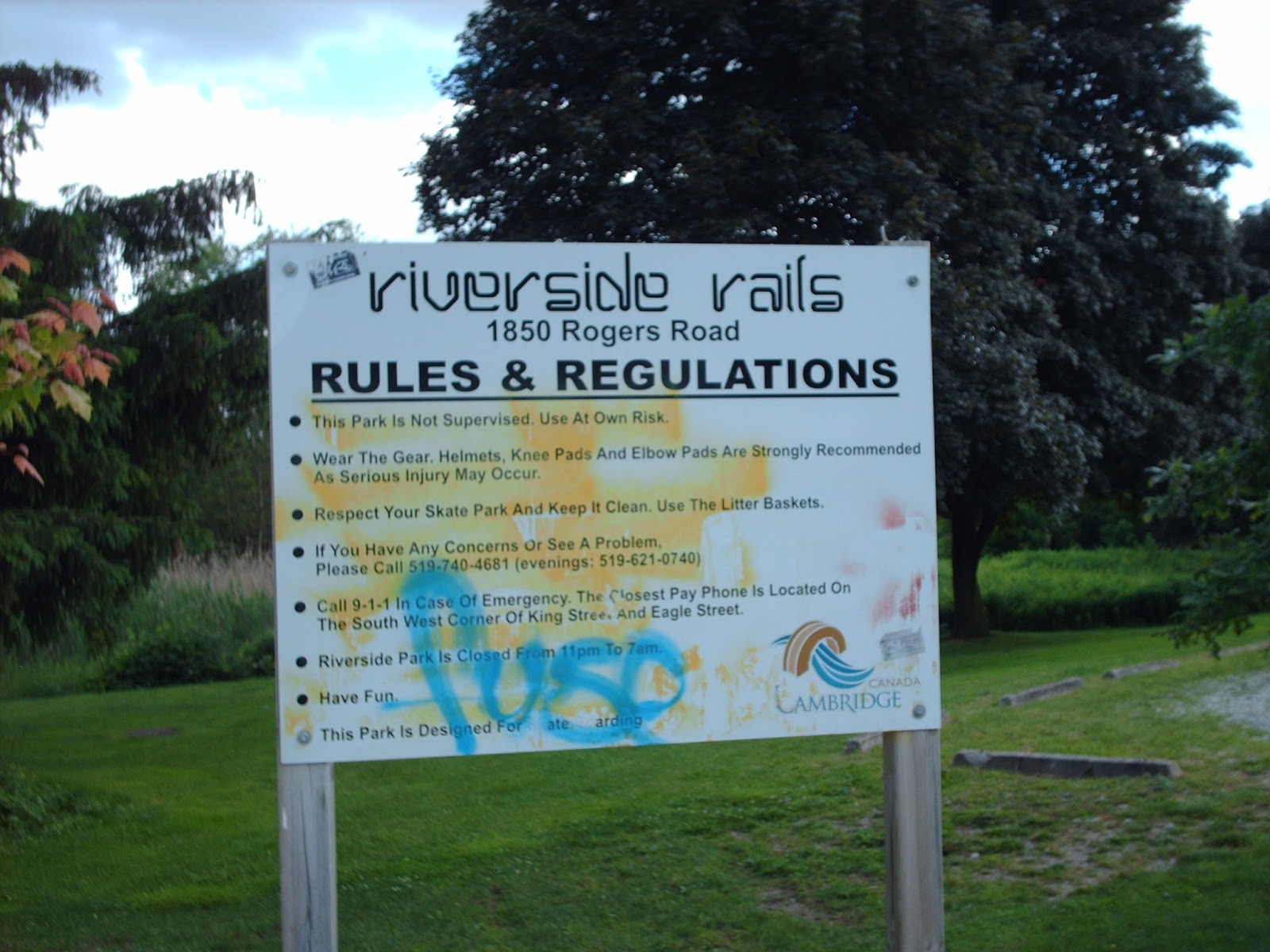 Whoever designed this park really knew what they were doing. The bowl is not to steep or deep. It flows nicely and also has a mini-ramp. Very nice park and well worth the trip to Cambridge.