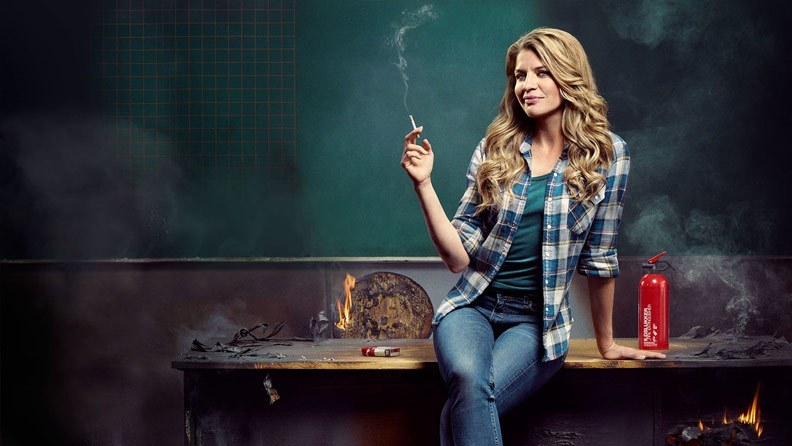 I discovered this foreign language television show on Netflix five years ago entitled Rita and absolutely fell in love with it. At the time, there were only three seasons available to watch on Netflix and I thought that was the complete series.

Fortunately, Netflix informs you of new seasons of shows you have watched so I became aware of two more seasons. I just finished watching Season 5 and it wrapped up the series in a great way.

Before dipping in to the final season of Rita, I revisited the series and remembered why I loved it so much that I proclaimed it my new favourite show back in 2015. And even though, I just reworked My Top 10 TV Shows of All-Time, I had to squeeze this one in there. Come back tomorrow to see what spot it ends up in.

Maybe I love this series so much because I am a teacher and I wish I was as good at the job as Rita is. She seems to have it all together in the school despite the rest of her life being in a state of chaos; the final episode was actually titled that.

The show is from Denmark and has become an international sleeper hit, for good reason. It is one of the best shows I have ever seen. I love how Rita interacts with students, how she deals with parents, and how she doesn’t let anyone get in the way of her relationship with the students and the school.

The final season got dark and I really wasn’t expecting that. By episode 5, I thought I knew where it was heading. I was never so happy to be wrong. We didn’t get the sad ending I thought was coming for our main character. Instead, she embraces the chaos within her and continues to do the great work she does in education.

There is a television movie in post-production right now that will bring the character to American audiences. I have to admit that this news does not make me happy. We don’t need a remake. We already have this brilliant series with great actors, writing, humour, wit, tragedy, and triumph. Canadian and American audiences have already enjoyed this award-winning show. Sure, we have to put up with subtitles, but that is a small price to pay for perfect television.

So Looking Forward To It