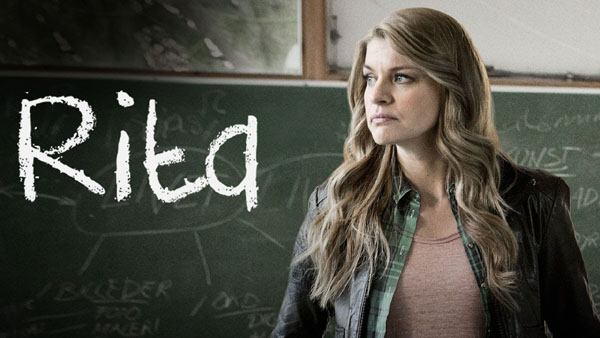 Rita is a brilliant television series from Denmark that is now available on Netflix. It’s the first foreign language show that I have ever watched. You need to turn on the subtitles, but it is well worth the effort.

This is one of my favourite scenes from Season One. The story revolves around the school’s no sugar policy. A parent was outraged that another parent brought in treats to celebrate her daughter’s birthday. He said that the school was making sugar fun and that was the wrong message to give. So, he brought in some non-sugared treats for his son to share with the class.

At the end of that period, all of those tasteless treats were left behind. Some were even stabbed with pencils. The kid looked so embarrassed and downtrodden.

The next day Rita brought in some home-baked goodies with tons of icing sugar on them. She shared some with the staff and then made her way to the class.

Rita finds the student and gives the treats to him to distribute to the class. He felt like a million bucks and the kids all got a nice treat. It was a great scene. I love the reason she finally gave for being a teacher too!

In this next clip, a new teacher gets discouraged by an older teacher who tries to tell her that she was selfish for trying to start new programs. Her response is priceless.

I have had something close to both of these incidents in my teaching career. I could identify with the characters and story lines so much.

Season Three will be available soon. I can’t wait!

The thing about Rita is that she’s not perfect. She doesn’t have all of her life together. She might not even be the best role model, but she is a great teacher who really cares about her students.

The stories are great and so is the subject matter tackled. I love this show so much that I might just have to rework My Top 10 TV Shows of All-Time!

Using a Deck of Cards in Math (Teaching Tip)