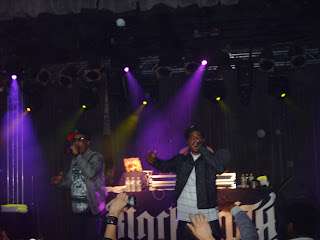 Talib Kweli is one of the most respected MCs and lyricists in hip-hop. He was been making great music since 1997.

Hi Tek has made a name for himself as a sought after producer and DJ. He’s produced hip-hop classics and has quite the catalogue of hits. 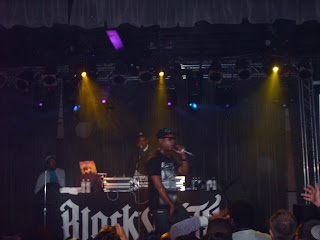 They brought their show to the London Music Hall this past Friday night and completely rocked the house. They didn’t waste time between songs. It was just hit after hit after hit.

We heard the great Reflection Eternal songs, the classic Black Star joints, solo joints from Talib Kweli, cuts from the Hi-Tek albums, and some of the great songs Kweli has blessed for other artists. I was especially glad to hear him perform “Get By” 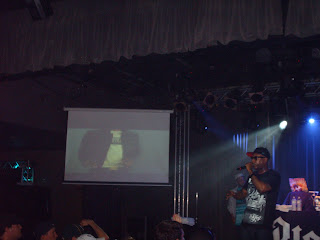 One impressive aspect of their show was the dual video screens on either side of the stage. As they performed some of their biggest hits, the videos played simultaneously. I was amazed that the timing was so on point that Kweli was actually synced up with the images.

They played an encore and didn’t stop there. Kweli got behind the tables and started an after-party right there and then. They invited all the ladies up on the stage and then let the guys joins them. The stage was packed. I should’ve taken a picture of that. It was a nice way of them to connect with the fans and close out the night. 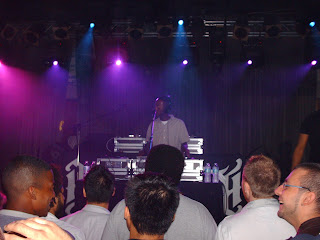 Nineteen85 is a producer and DJ and he held down the stage for Shaun Boothe as the opening act of the concert. 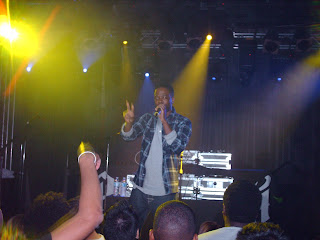 I talked to Shaun Boothe at the Stylus Awards this past Monday so it was cool to be able to see his live show and link up with him again. He had an R&B singer as well as a guitar player / singer on stage with him. They put on an energetic show too.

Overall, this was a great concert. I’m so glad I finally got to see Talib Kweli live. He’s definitely one of the best lyricists and MCs in the game. What an amazing night!