When I was in high school, our cross country team always went to Red Hill Valley to do some nice trail runs.

The valley was beautiful and it was a treasure to have this huge green space in the east end of the city. If you hiked off of the main trail, you could walk right under Albion Falls. It was a little known treasure right in my own backyard.

A few years ago, they decided to put a highway through this valley and I was very upset about it. As a silent protest, I hadn’t even driven on it until recently when I realized that avoiding this particular stretch of highway didn’t really accomplish anything.

This weekend, I decided to go see if the trail was still there. The builders had promised that they would preserve it but I didn’t have faith that they would. Either way, it wouldn’t be the same I told myself, so I avoided going there for the trail as well.

Nonetheless, I laced up my shoes and I want to present you with a visual tour of my trail run through the Red Hill Valley. 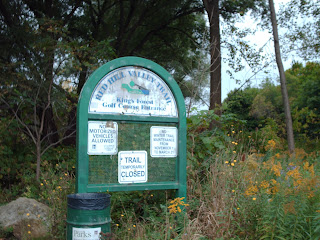 This isn’t a good first sign. It obviously hasn’t been looked at since my old high school days. And worse yet, it says that the trail is closed. But I’m here and I’m up for a run so I press on anyway. 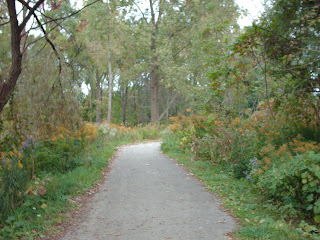 So far, there doesn’t seem to be any reason why the trail is closed. It looks nice. 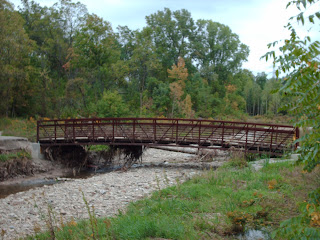 It’s still a nice looking trail. I’m feeling pretty good about this run so far. I wonder why there was a sign saying the trail was closed. 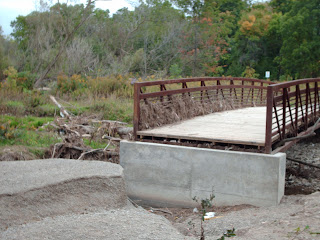 Maybe this is why. The bridge is out. I don’t mind though. I can still manage to get across it. Besides, I always like a challenge. 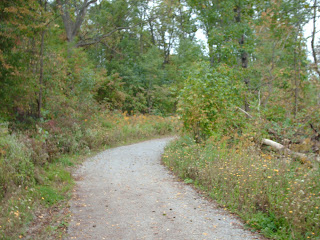 The trail looks good on this side of the bridge. I bet that was the only reason that the trail was closed. The expressway has been up and running for quite some time now. I wonder when they are going to complete the trail. 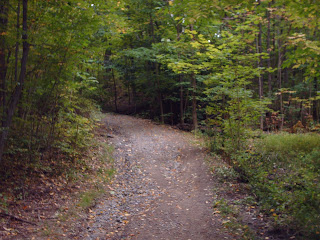 I remember this hill. Nice, the trail is still here the way I remember it. I love all of the hills in the valley. 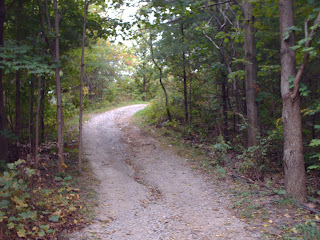 I don’t like running on flat ground. I need some hills and steep ones. It makes the run feel all that much more satisfying. 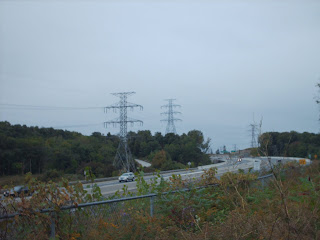 This valley used to be far removed from the city. It was quiet back here. But, today, I have been acutely aware that the highway was hiding here all along. I could hear it, but at least I couldn’t see it before now. 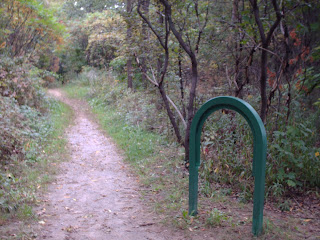 This is the second trail marker that I have passed that hasn’t been finished either. 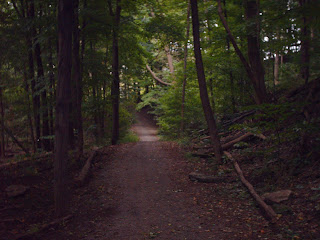 I can’t believe that I actually haven’t been here in years. This is a great run! 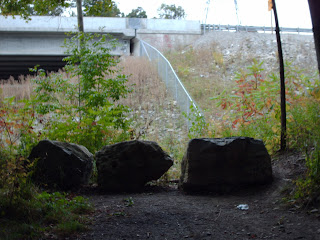 I wanted to show you a picture of the waterfalls but I couldn’t remember exactly how to get there. I’m pretty sure that I would have had to leave the main trail and hike it a bit. I wouldn’t have been able to run all the way there. I will probably go back in the springtime to share that with you. It’s a little sad seeing this instead of the lush, green space that used to be here. But, what can you do? At least the raised the expressway so that there is still some room for nature here. 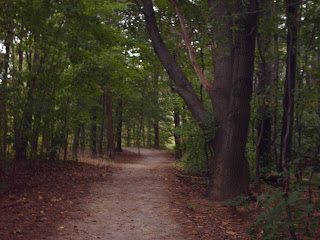 Fortunately, the expressway does fade away again. And you can really enjoy the beautiful trail.

It is still a great trail to run. I am impressed that it hasn’t been destroyed. They actually managed to keep the trail and build the road. I hope you enjoyed this visual tour of my run through The Red Hill Valley in Hamilton, Ontario Canada.