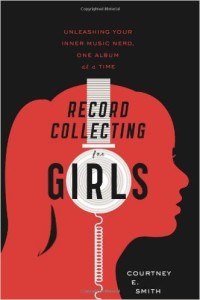 Why would I read a book entitled, Record Collecting for Girls?

Because Record Collecting is for Everybody! 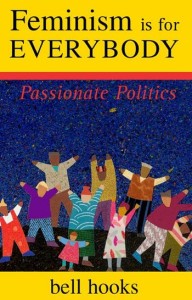 Both of these are great books and while the former isn’t necessarily about feminism, it does touch on some major issues. Courtney E. Smith explains . . .

“I felt it was important to make each week’s show a 50/50 split of male and female artists, and I was amazed by how difficult it was to achieve gender balance.”

I know that struggle all too well. I want Word is Bond Rap Radio to feature female voices on it regularly. I do my best to play at least one female track an episode, and every International Women’s Day is dedicated to the Women in Hip-Hop. But maybe, that’s not enough.

Smith talks about how many of the female popular musicians seem to fall into the same category. For some reason, they all take the same lane. It doesn’t make a lot of sense. She sums it up like this . . .

“I don’t want another Rihanna. I want to know this: Where’s the female equivalent of the Foo Fighters?”

Great question. And there is no easy answer to it. We’ve had only had a handful of female rap groups that have many any sort of noise. There is one group on the horizon now, Heresy. I hope they bring back a resurgence of female rap groups. We need this voice in hip-hop.

I enjoyed reading Record Collecting for Girls and will be writing more posts about it soon. I want to look at how Smith explores soundtracks, Top 5 lists, guilty pleasures, and break-up songs.

Keep it locked to this blog for more.