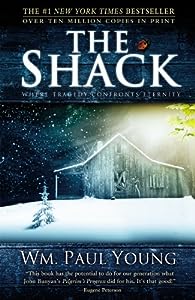 Cover of The Shack

The Shack is the debut novel from William P. Young and the latest book to end up on My Recommended Reads list.

Like many of the books on the list, I discovered it quite randomly at the public library and was completely blown away by what I found.

The story revolves around a man who has suffered the loss of his youngest daughter. Her murder pretty much destroys him and he is merely a shell of a man when he receives a mysterious letter four years later.

The letter appears to be from God and is an invitation back to the scene of the crime. Mack isn’t sure he should go but the note assures him that God will be there.

When Mack arrives at “the shack,” he is greeted by an old black lady. She enthusiastically welcomes him with open arms and a warm, inviting hug. Mack feels like he should know her. She has a comforting presence but up until that very moment, he had never seen her before.

There are two other people at the shack, one of whom is an Arab-looking man, the other an Asian looking woman. At first, Mack thinks something must be wrong with his eyes as the woman appears to be a bit out of  focus.

It turns out that the old lady is God, the Arab is Jesus, and the other woman is The Holy Spirit.

I must admit that I have never understood how God could be three different entities, yet still be just “one” God.

Through the art of fiction, Young paints a great image of how the Holy Trinity works.

According to the story, Jesus is an average man. He gave up a lot to become a human being. He is not overly handsome, and he is not, by any means, perfect. In one scene, he is helping prepare dinner for the four of them and he clumsily drops the mixing bowl and creates quite a mess. Dinner goes on as planned but that one dish is absent from the menu.

God chose to appear to Mack as a woman so as not to reinforce any of the stereotypical images many people have of Him.

Mack spends a weekend with these Three People and has some heavy discussions with them. They show him some amazing things and have him do some basic tasks, in and around, the shack. In the process, Mack is finally able to move passed “the great sadness” that has been consuming him.

The dust jacket states that, “The answers Mack gets will astound you and perhaps transform you as much as it did him. You’ll want everyone you know to read this book.”

I must admit, that I almost didn’t sign out this book. I wasn’t sure I wanted to read some Christian propaganda disguised as fiction. I tried to put the book back on the shelf but something about it just called to me.

There is an interesting scene in the book where Mack mentions Christianity and Jesus admits that even he isn’t a Christian. That is just one of the scenes that I absolutely loved in this book.

I could write several blog posts about the themes in this book. I think I’m going to have to read it again. It was a good read and I’m sure you will enjoy it, whether you are a Christian or not. 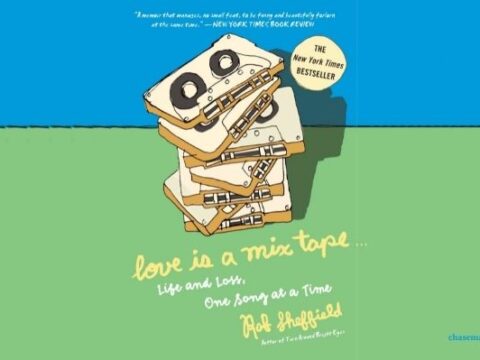 Love is a Mix tape