I came across this blog post from Dan Wineman and thought that it was a pretty interesting observation. 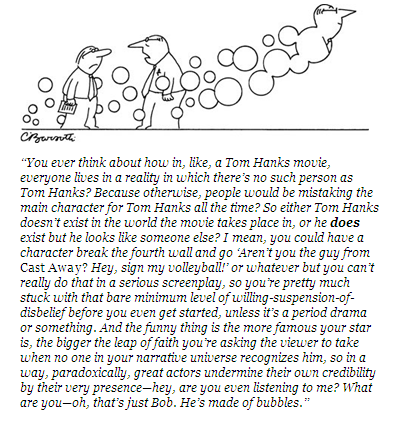 I then saw the film Cop Out and it dealt with this very issue. (Spoiler Alert) 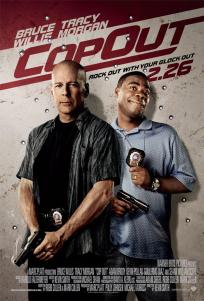 There’s an interrogation scene in the film that is absoultely hilarious.

Tracey Morgan plays a police officer with a flair for the dramatic. He clearly doesn’t know how to interrogate a suspect and just spouts dialogue from movies and television shows that he has seen.

From behind the one way mirror, his partner, played by Bruce Willis, looks on at the spectacle. He quickly identifies every movie Morgan quotes from during the interrogation. He names close to a dozen different movies. He gets stumped when Morgan quotes a famous line from Die Hard. 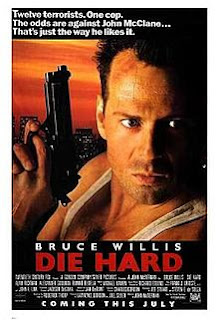 So in the fictional universe that is Cop Out, the Die Hard movie franchise exists. And this particluar police officer, who seems to know every single police movie, hasn’t seen it.

As Dan wrote in the above post, “So either Bruce Willis doesn’t exist in the world the movie takes place in, or he does exist but he looks like someone else?”

But if Bruce Willis looks like someone else in this movie, how come he hasn’t seen Die Hard? Who hasn’t seen that movie. It’s awesome!

The Gift Must Always Move