Sweat the Technique: Revelations on Creativity from the Lyrical Genius by Rakim

Rakim is one of the most talented poets that our generation has even known. He revolutionized hip-hop with his laid back style on the microphone and his novel way of rhyming. He didn’t merely place his rhymes at the end of each line, as was the customary practice. He also employed multi-syllabic rhymes and socially conscious lyrics. He quite literally changed the game.

He admits that hip-hop might have gone a different way if it followed the success of the early rap recordings. He writes, “’King Tim III’ and ‘Rapper’s Delight’ were bright records that were escapist and fun and dance-y, like disco. If hip-hop had followed the lead of those songs, it could’ve turned into light party music. It didn’t because a lot of us followed the lead of a song that came out a little latter: ‘The Message’ by Grandmaster Flash and the Furious Five.”

Rakim beleives that there is a “buzzing energy emanating from origins beyond each of us individually but encompassing all of us universally. The energy takes a frequency, and the frequency forms into an idea. That idea takes inspiration from everything I’ve learned and observed, and blends it with awareness of my self and my artistry.”

He calls this mysterious force, the “divine universal consciousness” and goes on to explain that it “is a source of information that’s stored deep in the mind. For the most part, it’s almost like everything that exists in the universe is in one place and you can tap into it and get information from it that you may not have known before. I believe a realm of intelligence exists around us; we just have to know how to access it.”

“It’s the place people tap into when they’re in the zone. Basically, everything you need to know exists in this realm of consciousness. It’s shown and proven by people who manage to come up with information they have no ways of getting.”

This is a concept that I believe in. Creative thoughts sometimes seem to come out of nowhere sometimes. Perhaps there really is “a mystical place that doesn’t exist—but … does, and trying to understand it is one of the things that make artists great.”

One way to understand it is to study a wide variety of topics. Rakim explains . . .

“To limit oneself to the study of your own discipline can stifle artistic progression when you must always strive to stimulate it . . . Inspiration is everywhere, and to gain the knowledge required to become your best self and create your best work, seek inspiration not only in the obvious but across all spectrums of culture. In the effort to expand my thinking, elevate my creativity, and always outdo myself, I observe and record, and I learn from teachers, from books, from art, from science, from spirituality, from strangers on the street, and many times most of all, from my closest family. Cultivating a constant and unquenchable thirst for the next spark of brilliance is the only way to cross the divide good to great.”

Rakim also wishes that he’d know his song lyrics a little better before recording some of his early work. He writes . . .

“I feel that rather than reading your words, it’s better to memorize them. To own them. It allows you to take control of your work. If there’s one thing I would have done differently on those early songs, that’s it. You can emphasize certain points of a song and put feeling in other parts, instead of trying to read and make sure you’re staying on beat. Reading takes away from your expression.”

This was a wonderful read from one of hip-hop’s most iconic stars. It was nice to see only his name of the cover as well. There are plenty of celebrity books that are written by someone else and you can always tell. If you are a fan of Rakim, you can practically hear his voice coming from every page.

Toronto Sounds Terrible (And it Shouldn’t) 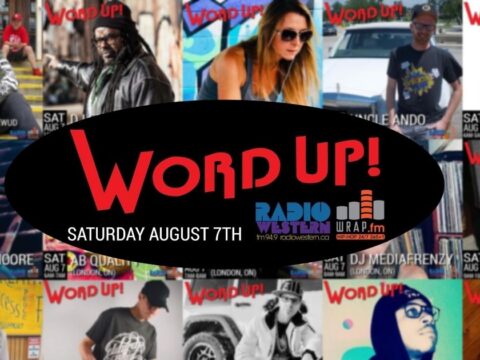