Marvel Unlimited offered a free month subscription to its app to celebrate the release of The Punisher TV series on Netflix. I am still working my way through the series but thought that I would use this opportunity to read as much of the comics as I possibly could in a month. 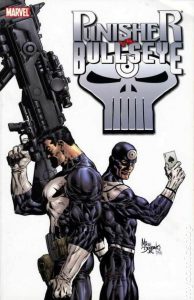 A bad guy who managed to flee from the Punisher has been hiding out for years and has had enough. He wants to feel safe again and shed his ridiculous disguise. So, he hires Bullseye to take him out. Little does he know that these two killers will form a temporary, yet uneasy, partnership that will spell doom for all who cross their path. 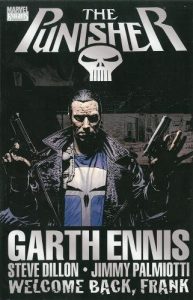 The Punisher: Volume 1 – Welcome Back Frank

This is the fifth solo series for the Punisher. It collects the entire 12 issue run that started in 2000 and ended in 2001. I really enjoyed the story. The Netflix television series that introduced the Punisher even took inspiration from it. He captures Daredevil, ties him up, and duct tapes a gun to his hand. The outcome is different here than in the TV series though. The story wraps up perfectly too. It is a great read. 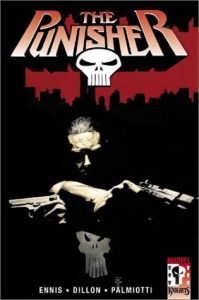 The Punisher: Volume 2 – Army of One

This book kicks off the sixth series of the title. It continues the story started in the last volume and features a special appearance from Spider-man. At one point, the Punisher uses the unconscious webbed hero as shield to absorb some pretty rough blows from a tough opponent.

This volume also features a story where the vigilante goes to a remote island to rescue a prisoner.  While not as good as the previous issue, it does kick off an impressive 37 single issue comics (that are collected in five additional trade paperbacks). 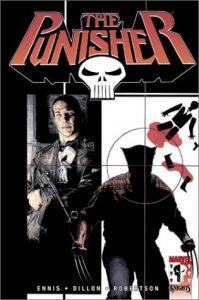 The Punisher: Volume 3 – Business As Usual

Wolverine guest stars in this one and boy do things get brutal. The Punisher is well aware of his self-healing power and dishes up some pretty harsh punishment in order to stop him and complete his mission. 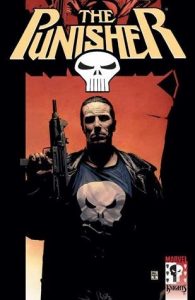 Punisher stories can be a bit disturbing. This one definitely falls in that category. It deals with a villain who is murdering homeless people. He figures that he will never be caught because no one cares about them. But a social worker finds herself in the middle of the situation and Frank Castle is there to bail her out and set things right. 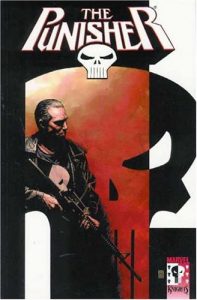 The Punisher: Volume 5 – Streets of Laredo

This one has a western theme to it. Operating just outside of a small town, a gang trades in military grade weapons but they won’t for long when Frank Castle comes to town. This story also deals with homophobia in some interesting ways. The sheriff is a queer man and is in a relationship with the son of the gang boss. A preacher thinks it is immoral as well. But how will everyone cope when the Punisher gets added to the mix. 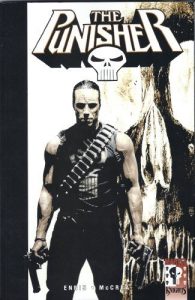 The Punisher: Volume 6 – Confederacy of Dunces

Daredevil enlists the help of Spider-man and Wolverine to help take the Punisher out of the picture. He wants to see him brought to justice. Wolverine knows that they only way to do that is to kill him, but Spider-man and Daredevil won’t let him take such extreme measures. And the Hulk to the mix and things are bound to get messy. 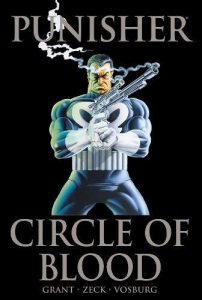 The Punisher – Circle of Blood

This was the first solo title for the Punisher and was released in 1986. Frank Castle is in prison for his vigilante crimes, but a secret organization wants to break him out. He is leery to work with them but figures that it is better than being incarcerated. In his first job, he discovers that Wilson Fisk, the Kingpin is dead. In fact, Fisk had merely faked his own death. Castle makes the world believe that he murdered him to help bring other criminals out of the woodwork. This was a limited series that started the nation’s love affair with the violent vigilante.

The King of Rock-Bottom