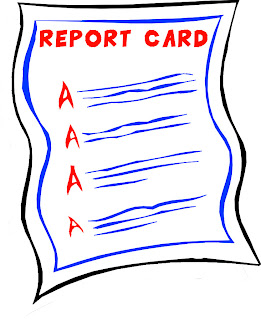 Every student in Ontario has a student record that follows them from school to school and grade to grade.

In order for things to be consistent, we have a standard way of marking and a standard report card that all schools use.

At least, that is what is supposed to happen. But I have found that many teachers either do not know how to use the Provincial Leveling System or just don’t want to use it.

This puts me in quite the spot. You see, I believe in the provincial marking system. I think it is important to have a standard way of marking. The Ministry of Education has quite a few documents to show exactly how this works. I use their resources all the time when I mark. This way I can defend any mark that I give. I can explain why the student received the mark they did and I can back it up.

What’s the problem you ask?

Well, marking used to be done on a curve. Students who performed the “best” in the class often got A’s. They were used as an example for all the other students to live up to. But this system was flawed as the marks were often subjective and varied from school to school and district to district.

With the new system (that has been around for over ten years) subjective marking should be a thing of the past. A’s are rare and shouldn’t be so widely given out. An A means that a student has exceeded the curriculum expectations.

I checked the student files and noted that many of my students have gotten A’s peppered throughout their report cards. I even met a parent before the first day of school and she told me that her kids were A students. The problem, they aren’t. In fact, some of them are C students according to the levelling system.

I know these students are going to be crushed when they see their report cards next month. I know that parents will be upset with me. But it’s not my fault. I’m doing my job and I’m being honest with my marks. That is what these kids need. Otherwise by the time they get to high school, they won’t be prepared for it.

I think elementary school teachers need to wake up and use this great system that we have in place. And then maybe I wouldn’t have to go through this every year.

Lots to Be Thankful For

A Teacher on the Front Page – And It’s Good News!