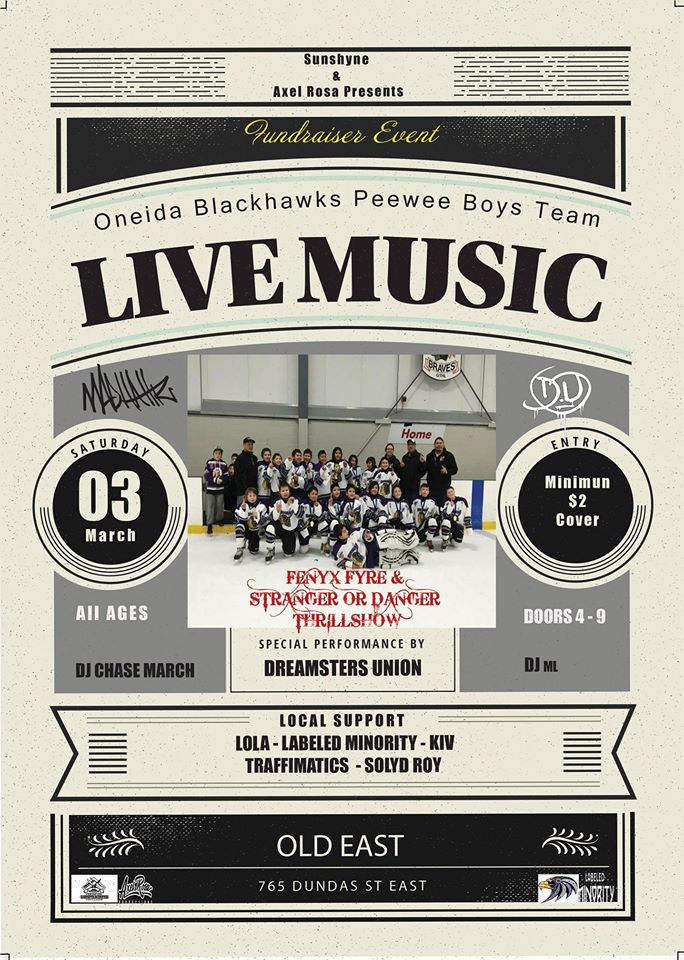 The Oneida Blackhawks are a hockey team made up of 11-13 year-olds from Oneida Nation of the Thames. This community is just southwest of London, Ontario, Canada.

They will represent their community in a battle of the best of the best during March Break in Missausaga as they compete in the Little NHL tournament.

This group of young men have been competing for about seven years for this specific event and are currently in the Peewee Division. They won the ‘B’ Championships two years ago in the Novice Division and are hoping to bring home the Peewee Trophy this year.

Let’s help make this a successful fundraising event for these boys to attend this years LNHL in style!

This event features some great performances from some of London’s hip-hop community including; Labeled Minority, Lola, Traffimatics, Kiv, Solyd Roy, and Mad Hattr.

Hosted by Sunshine and featuring the talents of DJ Chase March, with appearances from DJ ml and other special guests, this is sure to be a great show.

There are plenty of giveaways, prize draws, and raffles as well.