I just finished watching Season One of Once Upon a Time. 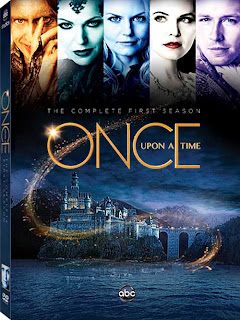 I really had no interest in watching the show, and it’s not because I’m not interested in fairy tales. In fact, just the opposite. I love the idea of exploring these characters within a modern world and I love the themes within the stories.

The reason that I never gave this show a chance before now is that I was loyal to the a different series. 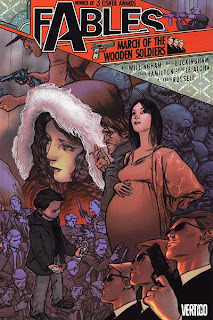 Fables is an award-winning comic book series that has captured my attention ever since I got wind of it. I have read all of the issues and am currently working my way through some of the spin-offs.

The series has all of the storybook characters we know and love together in the modern world. However, the rest of society has no idea that these characters are indeed real.

So, when I heard that a television series was being developed around the same premise, I had no interest in watching it. The comics had done such a great job with this story. I would have loved to have seen an adaptation of this story on my television screen, but I didn’t want to see another take on it.

I’m glad I gave Once Upon a Time a chance, though. It is not the same story, but it is still a good one. In this version, the storybook characters are sent to a land that has no magic. They are banished there with no memory of their past and are torn apart from their families and loved ones.

I love the fact that this season ended on a happy note. It was a fairy tale unto itself. It was well done with great performances. Rumplestitskin is absolutely brilliant.

Why choose? They are both great.

What are Kids Watching These Days!?!

The Way You Speak Depends on the Situation (Teaching Tip)