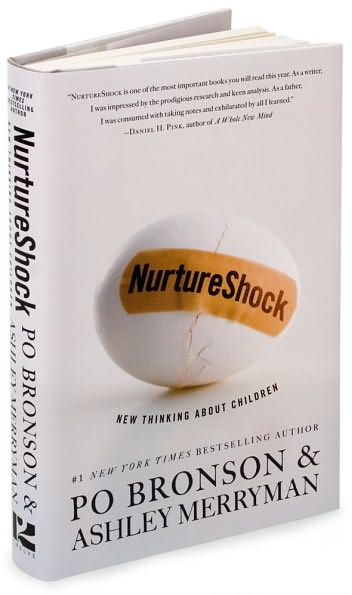 This book makes some interesting points that fly in the face of conventional wisdom.

It makes sense to not fight in front of the children, right?

But of course fighting is inevitable in a relationship. There are going to be disagreements and arguments. How we handle these moments in front of the children can make a huge difference. We need to show them that we have been able to work things out. They cannot just see the argument but need to see a successful resolution as well.

I can honestly say, I never thought of that.

Here is a small excerpt from the book;

“What this means is that a parent who pauses mid-argument to take it upstairs – to spare the children – might be making the situation far worse, especially if they forget to tell their kids, “Hey, we worked it out.”

I never would have thought that would be the case, but it makes a lot of sense they way the authors break it down in the book.

I have thought about this a lot. I know that many of the teenager sitcoms are absolutely horrible. The characters are rude and insulting and they are rarely called out for this kind of behaviour.

In educational preschool programs we see the same thing. The majority of episodes spend almost the entire program setting up a conflict. The children watching these shows see all sort of negative behaviour – behaviour the shows are actually trying to discourage.

Here is another excerpt from the book;

“Ninety-six percent of all children’s programming includes verbal insults, and of the 2,628 put-downs identified, only 50 circumstances featured some sort of reprimand or correction — and not once in an educational show. ‘Fully 84 percent of the time there was only laughter or no response at all,’ found Dr. Cynthia Scheibe.”

Much of the content in these shows is dedicated to negative behaviours. The resolution of the conflict happens quickly at the end of the program and the kids don’t often associate that with all of the negative things they have seen. We are all influenced by what we see. That’s why I truly believe children are acting out more these days.

The Final Days of Captain America