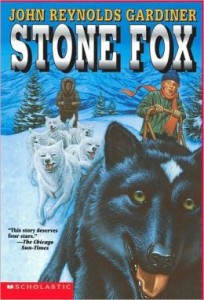 The class was divided into small groups and each group was given a chapter or two of a novel. We weren’t told the title or what the story was about. We were just given a photocopy of our portion of the text and that was all. We were then sent off on our own to read the selection and figure out a way to present it to the whole group.

At first, I wasn’t impressed with this activity. Being an avid reader, only reading one-tenth of a text seemed like cheating to me.

My group started collecting visual representations of the characters that we could share on the Smartboard. My idea was to write an epic poem of our two chapters and everyone agreed. So while they compiled images, I started writing.

“Every night before bed
some people read,
Willie’s grandfather played harmonica instead.

They always had a grand old time,
but last night went to bed by nine.

Willie thought it was strange
but didn’t panic until the next day.
In his bed, his grandfather did stay.

The Doc told him nothing was wrong,
he’d just resigned himself
to stop playing his song.
He’d given up on life
and no one knew why.

It turns out, they were completely broke
but Willy was no ordinary bloke.
Even though, he was only ten,
he stepped up and ran the farm

But to alleviate harm,
Willy and grandfather developed a code.
They could talk without words
and words always linger.

Willy remembered all he’d ever been taught
and he brought in the potato harvest
with just him and his dog.

He even sold them and thought they were now set.
But it turned out,
there’d be more to get
grandpa back to his old self yet.”

Some of the teachers in this workshop knew the book and immediately recognized that it was Stone Fox by John Reynolds Gardiner.

I didn’t know the book and was unfamiliar with the story, but I saw it develop in front of me as the other groups presented their chapters.

One group flipped the two-truths and a lie activity and told us two lies and a truth from their chapter. They had us vote by a show of fingers to which part of the chapter we thought was the truth – their first, second, or third statement.

Another group created a short puppet show to retell their portion of the story, and the remaining groups did a short dramatic presentation.

I really like how this activity got everyone involved. I felt invested in the whole thing as well. I wanted to pay attention to each group to get the whole story.

While I feel like this is cheating a little bit, because we never did truly read the entire novel, the facilitators told us that they have done this activity before and a few students have then chosen to read the book to get all of the details.

This activity might be worth trying in the last week of school. Our students need to be able to work together in groups first and would need to be trained on how to do so. That was the main aim of this workshop I went to.  I’ll have to write more about that in an upcoming edition of Teaching Tip Tuesday.

There will be no tip next week. It’s March Break and I am sure we can all use the time off from teaching and planning. Enjoy your break!

Teaching Tip Tuesday Archive – close to 200 tips, tricks, lessons, and ideas to use in your classroom.