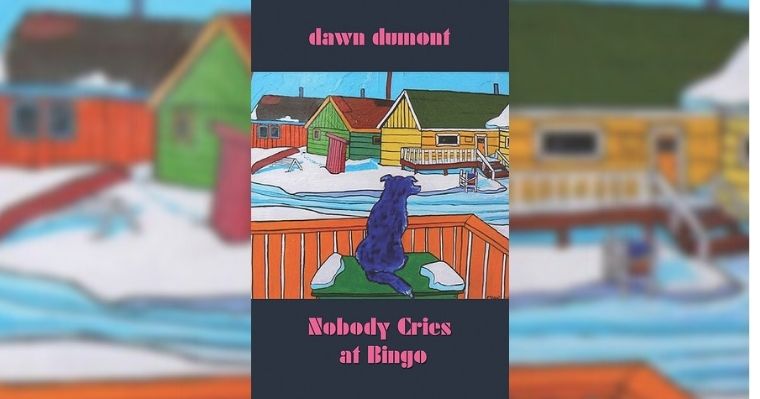 Nobody Cries at Bingo by Dawn Dumont

This is a work of fiction set on the Okanese First Nation but it had some interesting things to say about public education. Here is a particularly poignant passage . . .

“Walking through the playground one day, I observed the other clusters of students and noticed the hierarchy. I relayed the theory to Trina who listened to my theories with unquestioning patience. This was an important quality in a best friend.

“I notice that there is prejudice here.”

Trina’s eyes widened. Everyone knew that prejudice was bad. To call someone prejudiced was to say that they hated Indians.

“The rich white kids are at the top. Then next is the poor kids and then at the bottom are the Indian kids.”

“What about the Chinese girl and the East Indian girl?”

They were always screwing up my theories. “Well they’re sort of like white girls aren’t they? They live in town; they go to the same birthday parties. It’s like they are white.”

Trina nodded in agreement. It all made perfect sense to her. Also, she didn’t really care.”

I wasn’t planning on reading this one with my teacher hat on. I just wanted to dive into an Aboriginal story by an Indigenous writer. But I keep seeing things that reminded me of my experience as a teacher.

It truly is something to see the natural segregation that happens at school. It’s very hard to explain and comprehend. We live in a diverse world yet more often than not, like follows like.

“Elementary school taught us that we lived in two different worlds. In a classroom setting, the worlds would sometimes bump up against one another. You could not always choose where you sat in a classroom and even if you could choose, inevitably a Native would have to sit next to a white or vice versa. It was simple geometry. Out on the playground where the teachers could not interfere, the separation was complete. They played their games; we played ours.”

The kids even know how to get around a teacher’s watchful gaze.

“We played in shadows cast by the brick walls. That way we didn’t overheat. Also, wrestling was against school policy, but as long as we didn’t make it obvious and didn’t bang into the law abiding students, the teachers were prepared to ignore us. They did not have the energy or the manpower to pull us off one another and send us packing. Once in a while the supervising teacher would walk to the edge of the circle and plaintively ask, “Don’t you know any other games?”

We would stop immediately and stare at her. She would stare back. We would stare harder. She would look away and then move away with that slow, steady walk that every playground supervisor had mastered. Each step took at least a second. Watching the teacher stroll through the playground was almost meditative. I wonder if they taught it in teacher’s college: Recess Walking 101 — How to Create a Sense of Authority with Your Gait.”

That’s something they never taught me in teacher’s college.

There are some great observations here. Dumont excels at that. But for some reason, this story never really came together and gelled for me. It seemed a little random and things never get tied with a neat bow. But maybe not all stories need to do that. Maybe it’s enough to experience a different culture and be brought into that world. Just don’t cry. Nobody cries at bingo.

Students often say, “What’s the Point of All This?”

The Governor is a Monster