First it was a 1990 French film written and directed by Luc Besson. It was originally titled Nikita but it was released in North America as Le Femme Nikita.

I was first introduced to it on video cassette. I still have it. 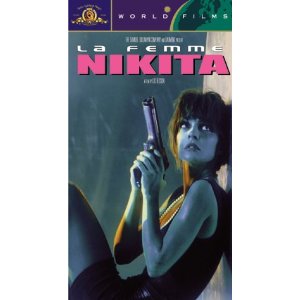 In this film, Nikita was a drug addict and just a punk teenager. After killing a police officer, she was captured by a secret government agency and trained to become an assassin. They faked her death and she was essentially trapped into doing their biding. 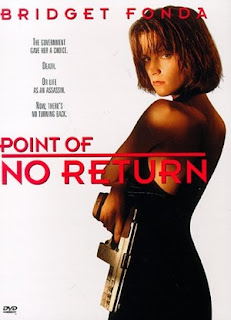 Three years later a Hollywood remake entitled Point of No Return hit the theatres.  It wasn’t as dark as the original French film. It had elements to it that led into what would become the television series. 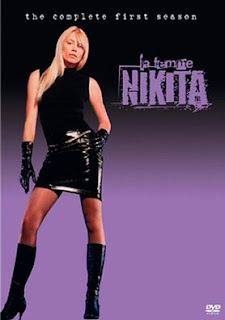 I think this series really shined. It tweaked the story just enough to make it fit perfectly into a weekly action / drama series. It premiered in 1997 and ran for five seasons.

In this version, Nikita was wrongly accused of the crime that landed her in jail. She was homeless and just happened to be in the wrong place at the wrong time. She ends up imprisoned in a secret agency simply called Section.

She doesn’t want to do the things that Section wants her to do. However, if she doesn’t comply, they will simply kill her. She manages to complete her anti-terrorist missions without having to go against her morality. She often butts heads with her superiors but ultimately gets her way.

I really enjoyed this show. When I first heard it was being remade this season, I was a bit skeptical. I wasn’t sure that they could do it justice. 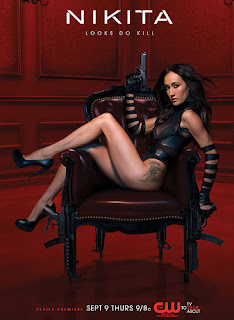 I watched the first episode and was really intrigued to see that this wasn’t a simple remake. It took the best elements of the French film and combined them with the television series. Nikita, here, is once again   the messed up teenager taken in by Section. However, this story takes place two years after she has escaped from her captures.

Nikita has vowed to take down Section and seems to be a one-woman army, completely capable of enacting such a feat.

We are only three episodes into the series but I am completely sold on it. I love how they’ve twisted the Nikita mythology just enough to make it appeal to both new and old fans.

In this series, Section is corrupt and only seems to be getting worse. Nikita is smart and one step ahead of them.  As they hunt her, she is working methodically to take them apart piece by piece.

If you live in Canada and haven’t seen any of the show yet, you can catch all the episode on http://www.ctv.ca/

I love how this new series is essentially a sequel. It is quite stylish and well-written. I like the casting as well. I don’t watch a lot of television but so far, this is the best thing I’ve seen this season. Go check it out!

So Looking Forward To It

The Best TV Shows of All-Time