I found a good reason to watch curling. 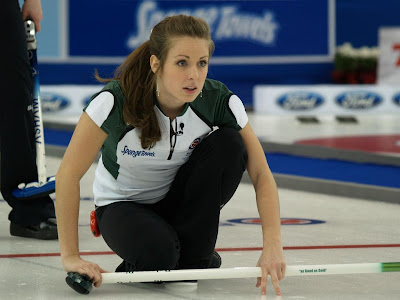 Her name is Geri-Lynn Ramsey 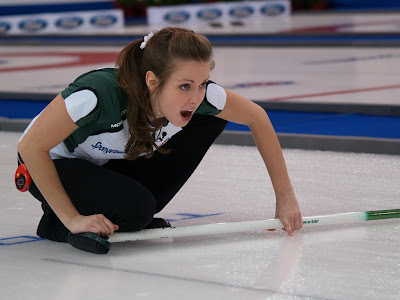 and she plays for team PEI. 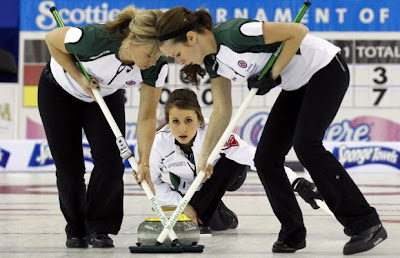 I’ve seen curling before but I don’t ever remember seeing players this young and beautiful. 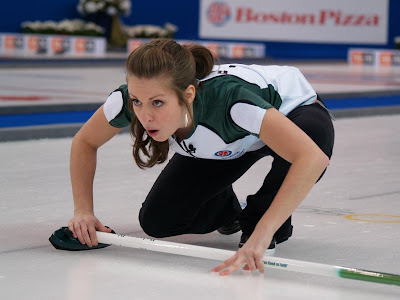 I felt a little guilty rooting for another province over my own but I cheered PEI on all weekend long. They played a great game on Saturday and made it to the championship final on Sunday. 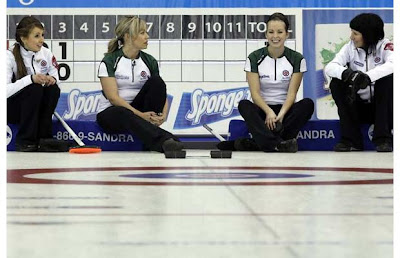 They had to play an extra round to break the tie and unfortunately, these lovely young ladies lost to the defending champs of Team Canada.

But I have found a favourite new athlete. (Geri-Lynn Ramsey, on the left) 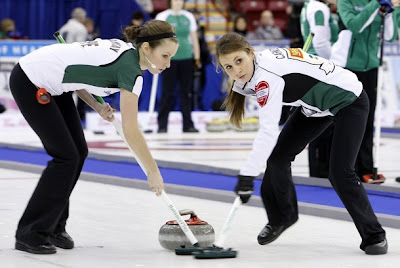 The Scott Tournament of Hearts will be held in their hometown next year. It would have been nice for them to win this weekend and to come home as champions but my fingers are crossed that they will win it at home next year.

Sport and Tradition – Leave the Politics Out