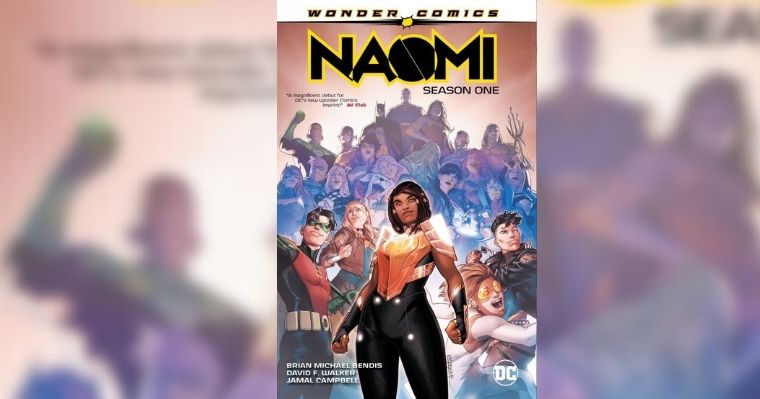 Okay, this is confusing. This graphic novel is called “Season One” but it predates the television series that premiered this year. I saw it at the library this week and thought it was worth a shot. It had to be better than the tv show, but that wasn’t saying much.

The first episode of Naomi was terrible on pretty much all accounts. It was nearly unwatchable. I knew that the character was co-created by Brian Michael Bendis, who is one of my all-time favourite comic writers, so it was a shame to see the property not executed properly.

When I saw this graphic novel at the public library this week, I thought I would give it a shot. It was immediately clear that the television show took some pretty interesting liberties with the character and story. And by interesting, I mean outright baffling.

In the television show, the titular character is obsessed with Superman and runs one of the best blogs in the world about the fictional character. In 2022, everything about that premise seems off. Especially since Superman exists on our television screens right now with the excellent Superman and Lois series. And this show is done by the same team that works on the other Arrowverse shows.

In the comic, Superman exists and even briefly visited Naomi’s home town. While trying to relinquish a foe, he inadvertently causes some damage to the town. But in the aftermath, he comes back to help clean up.

Naomi is intrigued and starts investigated. Apparently, this wasn’t the first time Superman had been to her hometown. He was there on the day she was adopted. The character is much more likeable on the page. And her parents are intriguing. What are they hiding from her and why?

All will be revealed in Season One and it will leave you wanting more. I know I’m ready for Season Two. I’m definitely not ready for any more of the TV series though. Skip the show, read the book.

A Graphic Novel History of the Apollo Theater