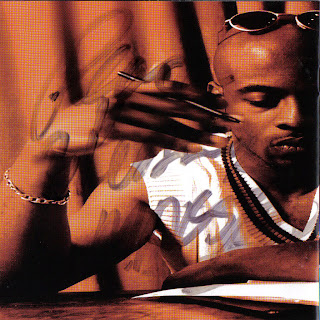 I have admired Maestro Fresh Wes since I first heard his iconic hit “Let Your Backbone Slide” way back in 1989. I have every album he ever dropped since then.

When Built to Last came out nearly ten years later, I caught him in concert. It was a pleasure to see Canadian Hip-Hop Royalty. Maestro put down an amazing show and surprisingly, even gave some time to the fans afterwards.

As you can see, the marker was starting to get a bit worn out and faded, but I got an autograph from Canada’s first hip-hop superstar, Maestro Fresh Wes.

I actually met again a few weeks back at the Stylus DJ Awards. He was being inducted into the Hall of Fame for his lifetime achievements in hip-hop and entertainment. Here is a small clip from that award show.

Stay tuned to this blog next week for the coverage we did for DOPEfm at this year’s Stylus DJ Awards. We were there on the red carpet and talked to quite a few amazing artists, producers, DJs, and MCs. It was a lot of fun!

More of My Autograph Collection

Rest in Peace, Fred the Godson