It was Motown Night at the Canadian National Exhibition last night and we were very excited to be there covering it for the radio show. We had interviews set up with the headlining acts; The Manhattans, and The Spinners. 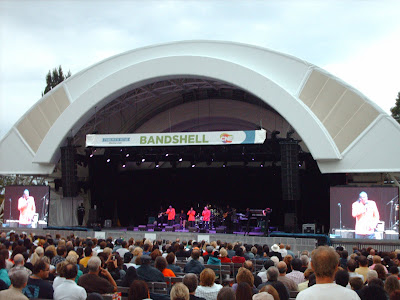 The Manhattans took to the stage in their matching red jackets and captivated the crowd with their performance.

I was really enjoying the show and looking forward to seeing The Spinners take the stage next.

Unfortunately, the weather had other plans. Before The Manhattans had even finished their set, the concert was shut down due to a tornado warning. We were advised to go inside one of the buildings for cover.

You can see how quickly this storm rolled through because the sky does not look threatening at all in the above shot. 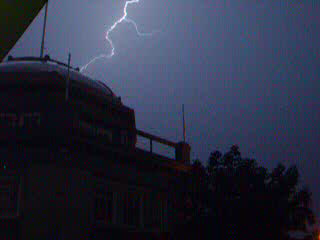 I took this shot from the cover of the Arts and Crafts building. The rain was coming down hard and lightning was filling the clouds above us every few seconds. It was really intense! 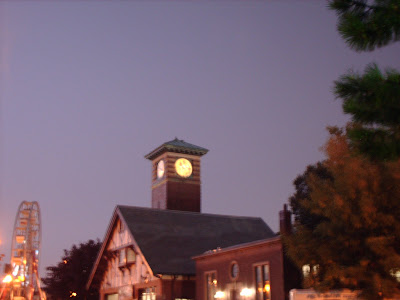 It almost looks like I took this photo during the day time. The lightning completely lit up the sky.

It was a beautiful storm to watch but unfortunately the CNE decided to shut down the entire operation. I have never seen them do that before. That meant, we had to either buckle down where we were or make it back to the car in the pounding rain.

We waited for ten minutes. The rain let up, and we made a break for the car. The sky continued to illuminate brilliantly all the way home. Fortunately, we were spared any strong winds and made it home with no problems at all. 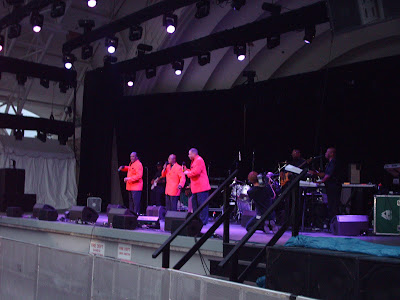 The good news was that we had a chance to sit down with The Manhattans for a great interview earlier in the day. Stay tuned to DOPEfm to hear it first! I will post the podcast and transcript after it has been aired.

With Confidence Steal the Show