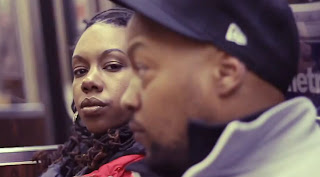 Chase: “Let’s play one more song and then come back and wrap this up. We’re talking to Money Stax from Viscous Cycle, and Monopoly, and the Co-op, among other things.

This is part 3 of the transcript for the blog. In case you missed any of it, you can go back and read it from the beginning, download the entire show for free, stream it with the player below, or just pick up reading here. Enjoy!

I want to pay ‘Never Enough’ because it really touches on the themes of what we are doing today on DOPEfm for International Women’s Day. So we gotta drop that one and come back and talk about the lyrics in it. Stay tuned.”

Chase: “That was ‘Never Enough’ from Viscous Cycle and we’re speaking to one member of the group, Money Stax, right now. That song talks about many of the issues we’ve been exploring tonight about females in rap and how they are not quite getting the respect they should be getting. The chorus says, ‘But we keep being clever as f*ck’ showing that, ‘Look, we’re doing our thing. We’re doing our thing. Pay Attention to us!’ and I really hope people are.

The second verse is really compelling too because that’s a story about a young girl who wants to be a rapper. Some of the lyrics there are, ‘It’s funny how the hate is always coming from behind, when you can say it to my face. But it ain’t nothing, I’mma shine. I’mma keep doing my thing and let the foolishness subside.’ I like that.”

Money Stax: “And the next line is, ‘And the upside to the hate is gonna make ‘em push rewind.’ That’s one of my favourite lines in the song because we get a lot of hate. It’s hard to gain people’s love and admiration when you are doing something slightly outside of the box. But at the same time, you’d like to say, ‘Hey, I don’t like that,’ it’s also keeping you pressing the rewind button and going back to listen to our material.

That song means a lot to me because it represents where I’m at with my music right now. It represents how I feel about this whole music game and my career. It’s an emotional topic for someone who is really involved in it. You put your heart and your soul into it. I’ve literally taken time away from my family to do this music stuff. So, when you can give everything and be really dope and do it all yourself.

We record ourselves, and we have in-house production, and some of the beats on the Monopoly project, I made. The title track you were talking about, I co-produced that track. I’m a graphic designer and I’ve done all of the artwork as well. Everything from top to bottom, we kind of have to generate it ourselves. We have to be like 12 people in 1 and it’s just never enough.

You’d listen to my music and assume that we’re doing big things. The truth of the matter is, the music is great and we’re getting a lot of love, but we’re not getting a lot of people buying our albums or paid gigs. It literally is never enough. I put in years and years and years of work, decades of work. I have these projects in my backpack that I’ve printed up because my husband and I also have a CD / DVD printing and duplication company so we print up all of our own merch. I’ll have a backpack full of merch and I can’t really get rid of any of it. People don’t want to pay $10 for a CD any more, they don’t want to pay $10 to get into the club anymore. You can download everything for free and get major label stuff for relatively cheap and it leaves us independent people who aren’t willing to hustle for it, with nothing. It literally is never enough.

I’d have to have an entire team to make it enough. My rhymes, my dopeness, my input, my creativity, my twenty years of experience means absolutely nothing when I can do 50 shows in a year and not make more than a $100.”

Chase: “Yeah, and it shouldn’t be like that. You’ve got mad talent and when I first heard the album, I liked you right away. But I was on your YouTube channel last night for like an hour and I texted my girlfriend about it and said, ‘I love this chick!’ The more I was watching, the more I was impressed with everything you are doing. If talent spoke for itself, you’d be throwing up Lil Wayne numbers.”

Money Stax: “That’s the goal. From the song ‘Never Enough’ stems my new solo album which I might call ‘I Quit’ or ‘F*ck Hip-Hop.’ It’s messed up that I have to be on it like that but it’s a very unrewarding profession, so to speak. I’d be happy with some monetary success. I don’t even expect much from it, but give me something.

It pulls, pulls, pulls. I think it’s like that for every genre of music. It sucks and it sucks whatever it can from you. And if you happen to be one of those few people that happens to be in the right place at the right time and the right person with the right amount of money hears you, then you have a career with it.

Or, most likely, you can do this for a long time and the right person never hears you and all the energy and time you put into this is wasted. As much as I say, ‘I Quit’ I never quit because I love hip-hop so much. I have a studio, literally in my bedroom. That’s not a joke. I record right here at the house. I’m always gonna record music.

But there has to be a stop. There has to be a point as an adult where you say, ‘It doesn’t matter how good I am, I have to be successful in my life.’ I don’t want to be that thirty-year-old rapper who has no money to show for it. That’s just lame.”

Chase: “Well, we will definitely support you and your music on DOPEfm and The Word is Bond because you deserve it and the talent speaks for itself. We’ve been talking to Money Stax and she’ll give you all the info you need right now to find out more about her and her music.”<

Money Stax: “You can go to the bandcamp pages for Viscous Cycle, The Co-op, Monopoly, and the Crack Money doesn’t have a site just yet but it’s coming soon. Also on Twitter @MoneyStax.

I love underground radio and I will definitely follow your show. Also host an underground hip-hop show out here on KNON.org every Saturday night from 8:00 – 9:00 Central (9-10 EST.) The show is called ‘Knowledge Dropped, Lessons Taught’ with EZ Eddie D. It’s the second longest running hip-hop show in the nation.

You can also get at me directly itsaviscouscycle (at) gmail (dot) com. We take any and all types of request, any types of exposure, any show opportunities. Please feel free to get directly at me. We’re open to whatever.

Chase: “That’s awesome, so people can listen to your show Saturday nights, get a little bit of a break and then listen to our show.

Chase: “It’s been an honour and a privilege talking to you. I hope you have success in happiness in all you do. This has been amazing.”

Money Stax: “Thank you so much for having me.”

Women in Hip-Hop 11 with Haviah Mighty