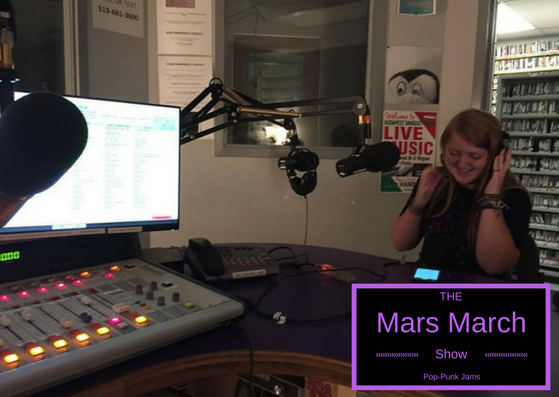 My daughter came with me to the radio station last night, just to hang out. But when we got there, it was eerily silent. The computer was not broadcasting the show that comes on before mine. Instead, there was the dreaded thing that sometimes happens in radio – dead air.

I quickly threw on a CD and began to set up my gear. I had planned to start Word is Bond Rap Radio a bit early.  But Mars March has a better idea. She asked if she could play some of her music. I needed time to set up so it seemed like a great idea.

She absolutely loved having the chance to be a radio DJ and spin some pop punk music. She didn’t even let something like losing her voice prevent her from doing the show.

I hope you enjoy the very first episode of The Mars March Show!

Enjoy! This may be the only episode ever. Or it may be the start of something new. Who knows? All I know is that I am proud of her for this! 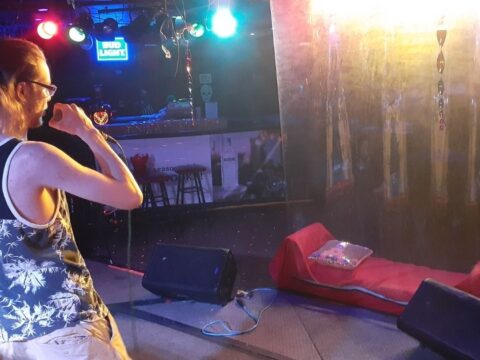