It’s time for another Visual Running Tour. This time, we are heading to Kitchener, Ontario. 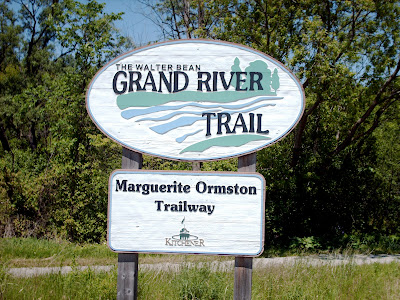 This is one of 19 access points to The Walter Bean Trail. It is located on Homer Watson Boulevard and is only a few minutes from Highway 401. 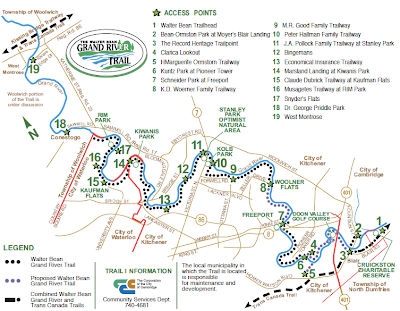 Running through Waterloo, Kitchener, Cambridge, Woolwich and North Dumfries, the trail provides easy access to more than 25 per cent of the Grand River’s 290-kilometre watershed. (City of Kitchener) 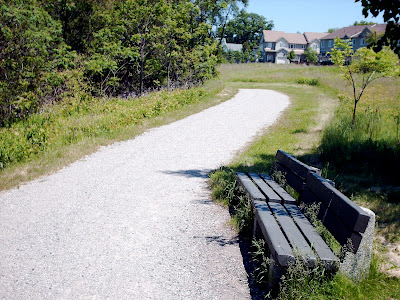 The Marguerite Omston Trailway runs for a kilometer or so and then seems to end at a small park at the edge of the road. 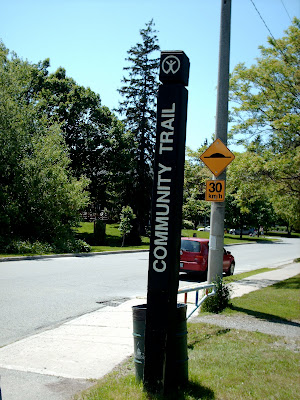 But once you cross the street, the trail continues along the Grand River. 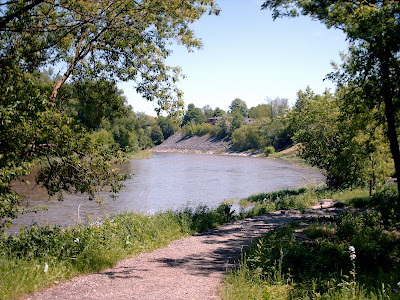 Walter Bean was a business and community leader who believed in contributing to the welfare of area residents. He championed the vision of a public hiking trail along the Grand River. Following Walter’s death, his many friends took up his challenge and in 1998 formed The Walter Bean Grand River Community Trails Foundation. To make his vision a reality, this non-profit fundraising corporation has partnered with the cities of Cambridge, Kitchener, Waterloo and the Township of Woolwich to build and maintain a recreational trail. (Walter Bean Trail website) 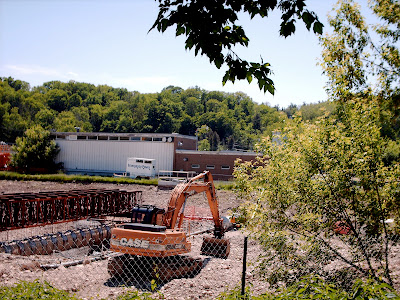 Construction is underway to upgrade the Kitchener Wastewater Treatment Plant. Not the nicest thing to find alongside a nature trail, but it is a part of life, I suppose. 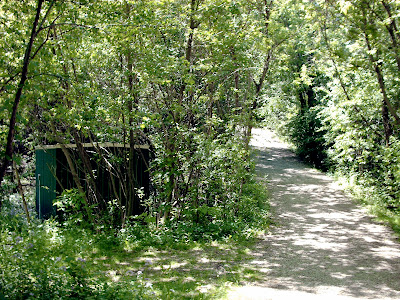 I’m not sure what this small building is, but it must be part of the sewer treatment plant somehow. 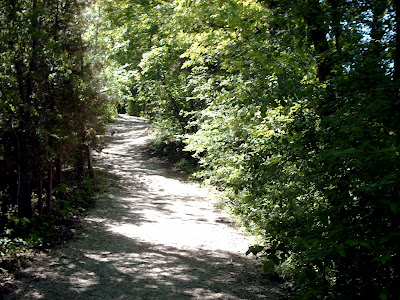 Finally, a hill to run up. Up until now, the trail has been mostly flat. 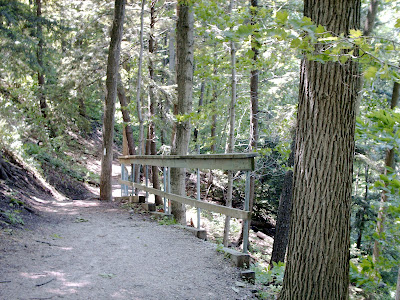 At the top of the hill, I found a side trail that I decided to run down. 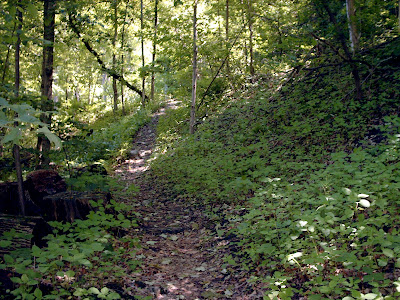 I like these small trails where it feels like I am the only human in the large forest. 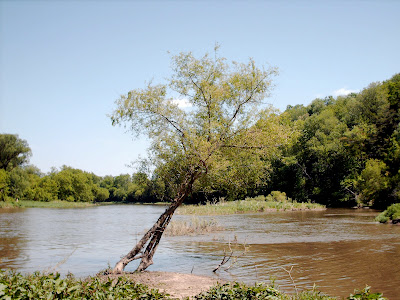 The side trail was well worth the trip as it gave me a great view of the Grand River.

This trail goes on and on but I had already been running for about 15 minutes at this point. So I turned around and ran all the way back to the community trail sign. My time was  27:51 and since I know my regular pace is about 4 minutes per kilometer, I ran roughly 7 kilometers today.

That was a great run. I hope you enjoyed this Visual Running Tour.