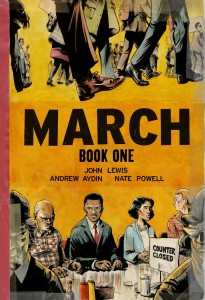 This is the first part of a trilogy of books that tell the real-life story of John Lewis and his fight to end segregation in the United States.

The book opens a peaceful demonstration that is only met with violence. The civil rights activists are subjected to tear gas, batons, and arrests. And with the very real threat of violence always present, these brave souls never gave up.

They continued to fight unjust rules and customs by simply asking to be served in restaurants and conducting non-violent sit ins. If they got arrested, the refused to pay any fines and completed the jail time.

The violent time of the past is contrasted with the induction of America’s first Black President. Lewis tells his story on this day and it is illustrated beautiful and well-paced. 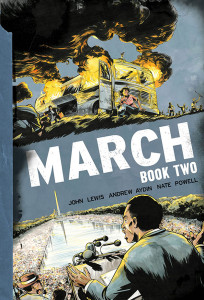 This book continues the real life account of the Civil Rights Movement and how peaceful protests were met with extreme violence. It covers the years 1961 to 1963. You can see how the buses were targeted right on the cover art. The story opens with a particularly brutal church bombing as well.

It’s hard to believe that racism was so rampant back then and that people targeted regular people who only wanted to be seen, heard, and valued.

This is an important story and part of our history. I am glad that it has been told with such care and accuracy.

Book Three will be released this fall

My 2016  Reading Log – every single title I read over the course of the year will be compiled here. I have lots of books to catch up on and write about still. Stay tuned!

Black Panther Was a Middle School Kid Once Too 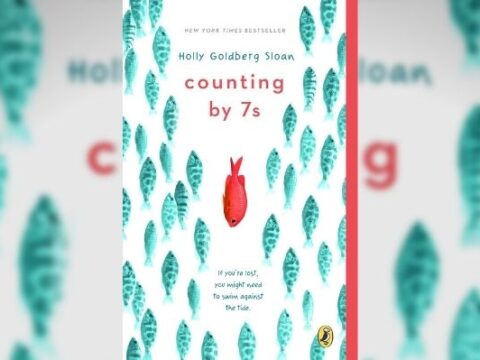 You Can Count on a Great Read when Counting By 7s