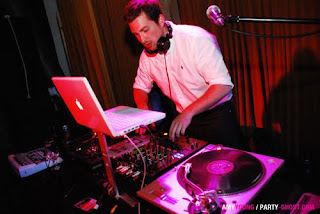 Lucy’Lo is a DJ, producer, and member of the hip-hop group 84.85. I sat down with him before a concert last month and we had an in-depth discussion. You can download the show for free or stream it with the player at the bottom of this post. We spin some tracks from his group and some classic material from Lou Rawls as well.

I transcribed the interview and will be presenting it in three parts here on Silent Cacophony. Enjoy!

Chase: “Alright everybody, this is Chase March and I’m here with Lucy’Lo who is going to be going on stage a little later tonight. So what kind of stuff do you do?”