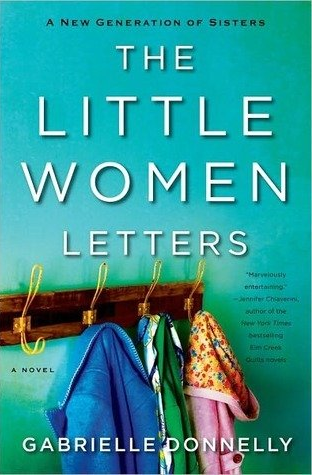 Little Women was written by Louisa May Alcott and released in two volumes in 1868 and 1869. The story is a classic in every aspect. It has been reprinted countless times, translated into different languages, been made into more than one feature film, and is still widely read close to 150 years later.

I had no idea this sequel book existed until I saw it on the library shelf and immediately picked it up. I was intrigued.

The story revolves around the descendants of the original March sisters that we all got to know and love in the original book. We even get to hear from them again in this new story that is set in the present day.

Unfortunately, the March name didn’t survive as all of the remaining sisters got married and took on their husbands names. But some of letters that Jo wrote to Amy, Meg, and Beth did.

Reading those letters was like being transported back in time. I could hear Jo’s voice through them. It was like she had actually wrote them and I forgot that she was a fictional character.

The letters were the best part of this book. The modern day group of sisters didn’t capture my heart as quickly as the original March sisters did. I found this story to be a bit dry as well. However, it did seem to fit well in tone with the original novel.

If you love the March sisters, you will probably love this one as well. If you decide to check it out, I also highly recommend this young adult reworking on the story featuring a young lady who just happens to be named March.

Little Women and Me by Lauren Baratz-Logsted

I asolutely loved this story and it is on my “to read again soon” list.

Find the Spark and Write