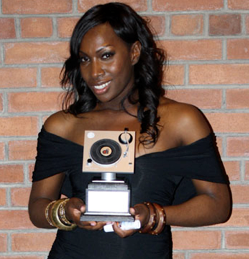 Our coverage of the 2010 Stylus DJ Awards continues today with Female DJ of the Year, Lissa Monet. You can listen to this interview with the player at the bottom of this post, you can read the transcript, or you can download it for posterity.

Chase: “Alright everybody this is Chase March and I’m here with Female DJ of the Year, Lissa Monet.”

Lissa Monet: “Thank you so much. Thanks for having me.”

The Manhattans Still Relevant (5 Decades In)