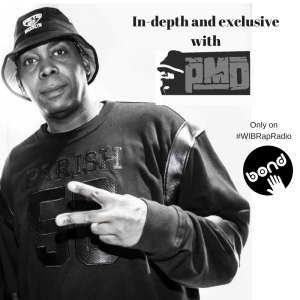 I have been a fan of this man for as long as I can remember. EPMD is one of the best hip-hop groups to ever do it. It was an absolute pleasure to have him on the show last night.

PMD drops a lot of knowledge in this in-depth and exclusive appearance on Word is Bond Rap Radio.

This is a must listen. And make sure you cop his new album, Business Mentality.