The Left are an amazing hip-hop group from Detroit. I’ve been bumping their debut album, “The Gas Mask” ever since it first came across my radar last year. I was really excited to see them come to Hamilton to rock a dope show this past weekend.

I love going to rap concerts in small clubs. Quite often, the star performers will just hang out in the crowd all night long. This was the case with The Left.

I had the honour of chatting with each of the three members. They were really cool, down-to-earth guys. I didn’t get the chance to interview them this weekend but we are planning on getting them on our radio show, DOPEfm, very soon. 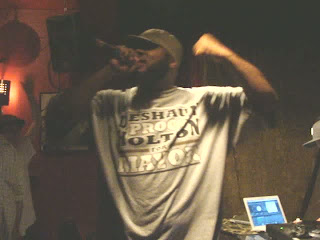 Journalist 103 is the lead MC for the group. He controlled the crowd with his intelligent rhymes, great delivery, and amazing stage presence. 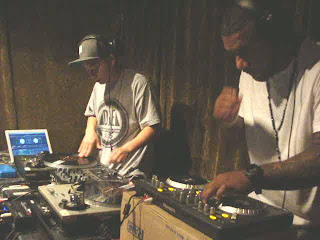 DJ Soko totally destroyed the turntables. It’s always refreshing to see a live DJ performing. It was pretty cool being able to see the laptop controls from this angle as well. You don’t normally get to see that as a fan.

Apollo Brown is one of the best producers in the game right now. His beats are hard-hitting, have a signature sound, and are grimy in that classic underground hip-hop style.

He started their set with a twenty minute solo of sorts. He played through a catalog of his instrumentals while the crowd nodded along to every beat.

After that introduction, Brown played a beat from The Left’s album and Journalist 103 seamlessly took control of the vocals and the stage. DJ Soko showed that he was a beast on the tables with some great cutting and scratching throughout their set. 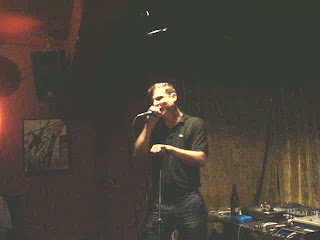 Martin McFly is the name of the group which features Knamelis on the vocals and Supa83 on the beats. I wasn’t expecting the unconventional flow and subject matter that Knamelis delivered but he sure hit a mark with the crowd. 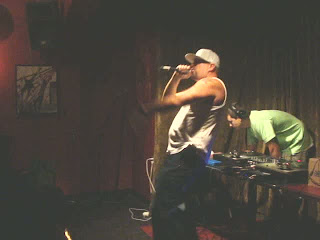 Fortunato Bonnano from Angerville rocked the house with his gritty deliver and he wouldn’t let technical difficulties stop him from delivering a good show.

Unfortunately, I don’t have a picture of Flight Distance. Bender and Patience traded vocals and played selections from their album “Bad Information.” 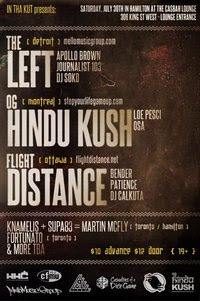 Much props to In Tha Kut for bringing The Left to the hammer. It was a great event!

Heads Up with Sankdafied on WIB Rap Radio

Spinning Back with DJ Realistic