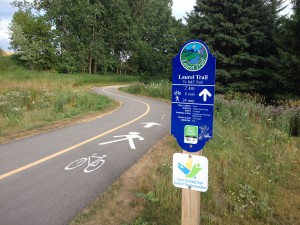 I found myself in Waterloo yesterday and decided to run this trail. Even though I knew nothing about it, how long it was, or where it headed.

The sign gave me lots of information, however. I knew that the trail was two kilometers long and that this run would probably be around five kilometers total. 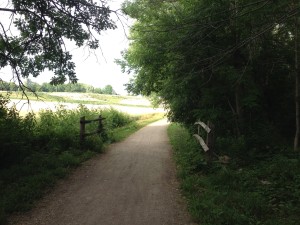 I entered Laurier Trail off of Bearinger Road and it quickly became a dirt path. 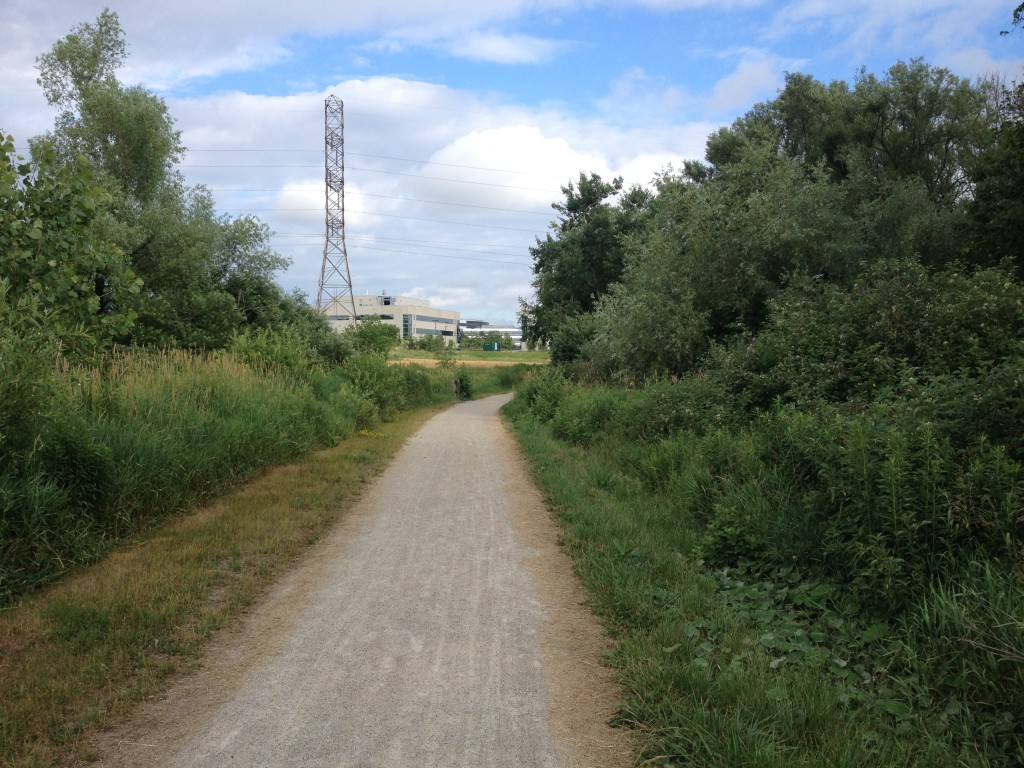 It headed towards the University of Waterloo and a sports park. 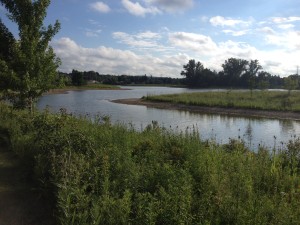 It was nice to see Laurier Creek. Quite a few people were fishing at different points along the waterfront.

The trail was completely flat and I had to run pretty much straight there and straight back. It wasn’t the best run I’ve ever had and I wouldn’t go out of my way to run this route. However, it does extend further the other way and might be worth exploring.

The Laurel Trail offers more than eight kilometres (five miles) of trail along the Laurel Creek.

It runs through uptown Waterloo – where you may want to stop for food, shopping or a visit to the Waterloo Public Square – and Waterloo Park, the jewel of the city.

This trail is suitable for walking, cycling and some rollerblading.

The Laurel Trail runs from uptown Waterloo north through the University of Waterloo to Columbia Lake.