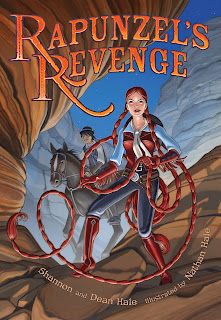 A student of mine was reading this and she was so utterly captivated by it, I knew I had to give it a read as well. It’s a nice tale that puts some famous characters from children’s literature into some new adventures.

Rapunzel uses her hair like a multi-purpose tool and even as a weapon in the old west setting. She meets Jack and they become an unlikely duo to set some wrongs right. 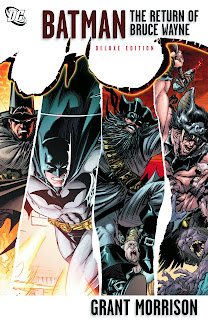 Batman: The Return of Bruce Wayne by Grant Morrison

Bruce Wayne, the one and only Batman died. It was a big event in the comics and I was hoping the latest movie would have done something similar. I really think they dropped the ball on that one.

In the comics, death isn’t always permanent. It turned out that Bruce Wayne merely was lost in time and not dead. He needed to figure out a few things and work his way through different eras to come back to life in the present. Each era has him playing some fantastic characters as he slowly tries to piece together who he is and where he truly belongs.